Polo Field has posted three new Marvel Superhero Takeover sneak peeks on Club Penguin’s Blog today. A sneak peek of one of the Marvel costumes that will be at the party, A-Bomb, was also tweeted on @ClubPenguin’s Twitter account, but deleted within a minute due to the horrific bombings in Boston, Massachusetts today. You can also see A-Bomb’s costume on the costumes logoff screen – it’s the one in the top left. 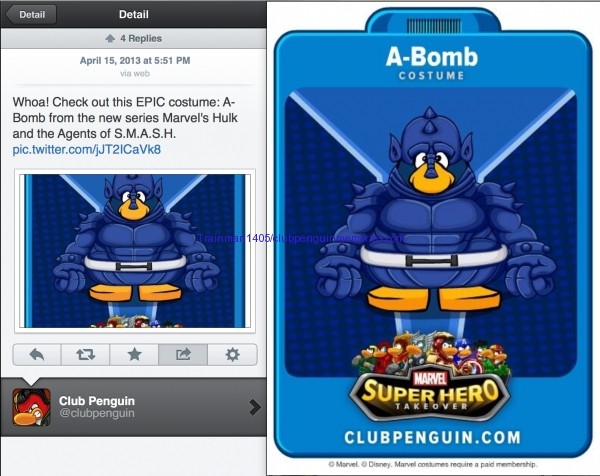 Anyway, on a lighter note, here are the three room sneak peeks. There will be three special emotes at the party – a money bag, a red siren light, and…what do you think the third special emote will be? I don’t know what the first image is of but I think the second one (the park) is the Forest (what’s with all the crystals, by the way?) and the third one is definitely the Plaza.