Club Penguin’s 16th magazine issue will be out in the United Kingdom tomorrow, and next week, on April 10th, Germany, Austria, and Switzerland will be getting their second issue of the magazine! In these countries there is a new issue every two months rather than every four weeks, meaning it’s the April and May issue. This issue will include heroic stories, Club Penguin facts, puzzles, and the usual playercard and igloo screenshots. There will also be a Club Penguin paddleball that comes with it. Here’s a sneak peek of the inside: 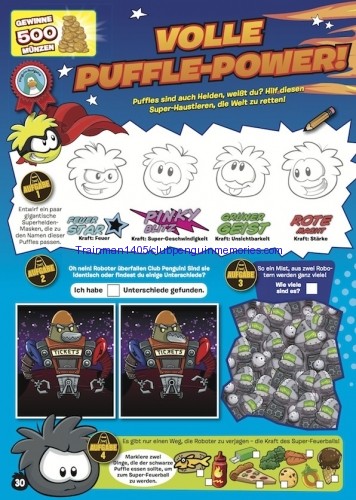 Looks cool, even though I don’t understand anything it says! :P