On October 3rd in 2008 the October 2008 Penguin Style catalogue was released in the Gift Shop. It featured new outfits such as the Frankenpenguin and Faery. Other classic Halloween Items such as the Ghost Costume and Skeleton Costume also returned, in addition to the Black Mask. (fun fact, the Ghost Costume and Black Mask were first released in October 2005, and during September and October 2006 before they returned any penguin who wore them due to having it from the previous year instantly got a big crowd – it was just as popular as the Beta Hat. Good times!) 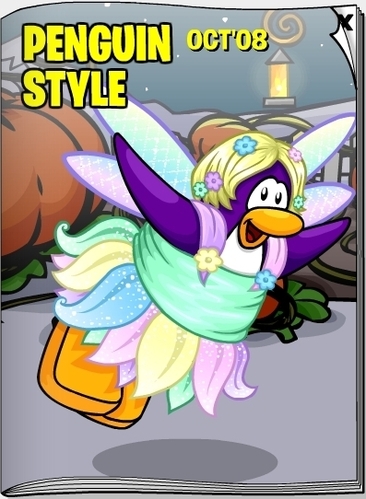