As long as you’ve been visiting Club Penguin Memories for at least a few months or have read old posts, you might recall me publishing a post in which I outlined a project called Trainman1405 In Real Life. In it I started out with asking for questions to answer about myself, which I did here. Due to being slow and having a half dead laptop to use, I was unable to continue the original plan on doing a post each week for a little over a month.

Luckily at WWDC almost a month ago Apple announced their new MacBook lineup. You see, back in November my old laptop (HP G60 235-DX) partially died. Everything worked but the screen. You know how you can change your screen’s brightness? That light died, so I could not see a single thing on my screen even with the computer on and the brightness turned all the way up. It’d cost $200 to repair, so I decided to hold off with doing that. In the meantime I came up with a solution – I hooked up my laptop to an external monitor. (I really used a mini television) So between November and now, I’ve been doing that. Using a slow old laptop that’s half broken.

Going back to WWDC, when Apple announced the new Retina MacBook Pro I decided to go ahead and order that. I’m practically broke now. Heck, that was two years worth of hard earned money that was used to pay for this computer.

So now that I’ve got this great computer, I can finally be productive and get things done again. It arrived early Monday morning, a day ahead of schedule. I took a few pictures on my iPod.

Here it is out of the box in its plastic wrapping: 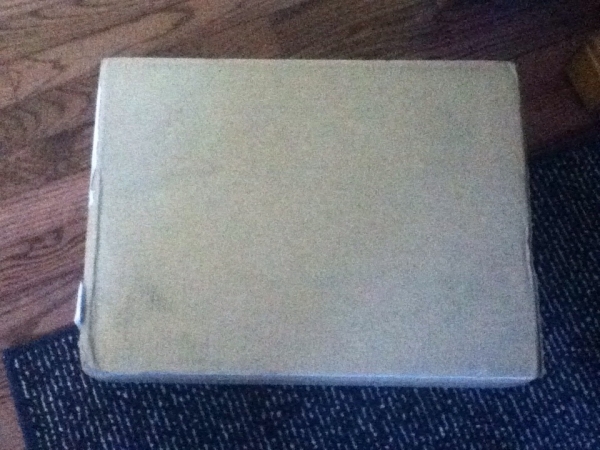 Booting for the first time: 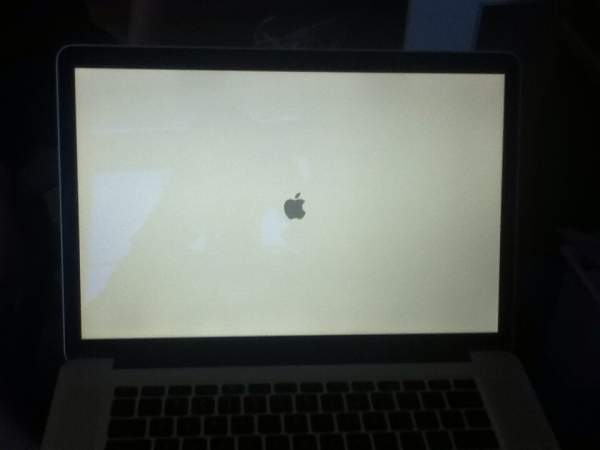 …and now, after several days of use, here’s my laptop: 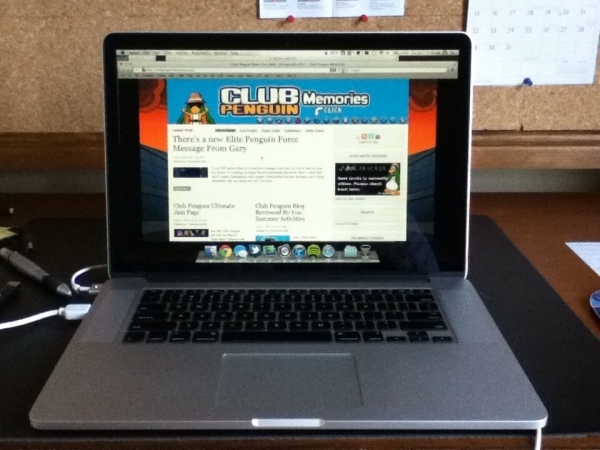 This thing is great, really great. Since 2005 this is my fourth laptop. 4 in 7 years is pretty bad in my opinion. It’s a mixture of things, but oh well. My three previous laptops were all Windows. Windows 98 and two Windows Vista. I am pretty used to macs and OS X already, as I’ve previously been exposed to them and used them. Plus I’ve got an iPod Touch so I know all about how Apple works.

Compared to my old HP laptop, this MacBook Pro is blazing fast. Especially on Club Penguin. I have absolutely no lag. I’ve only heard the fan run once, and that was only for a few minutes after using my computer for several hours. It stays cool where your palms rest too, so that’s really nice. Club Penguin could definitely use some retina graphics to appear better, but because retina screens are basically brand new in computers, I didn’t expect the game to be ready to support it yet. That’s why some screenshots will appear all pixelly – I’ve got such a high definition screen and Club Penguin is not built to support it yet. Very soon I will make a post about Club Penguin on this computer.

Anywho, it feels great to be back. Now for an outline on what I am going to do each week. If you want me to blog about anything else in my life, let me know!

Remember, if there’s anything else about my life you want me to blog about – let me know!