Today two interesting pictures were passed along to me by Phineas99, who found out about them from Danpengui. After a minute or two of doing my usual tips and tricks I located the unwatermarked source of these images. (the ones I was given were marked up)

As much as I’d love to give out unwatermarked images, due to constant copying without credit, like usual with recent exclusive images I’ve posted I have given them a fair amount of watermarking.

The first room is the Dock, turned into an airport. The text on the building says Island Hopper Air. It doesn’t totally look like the Dock though, but I know it is because of the catalogue icon in the bottom right corner. 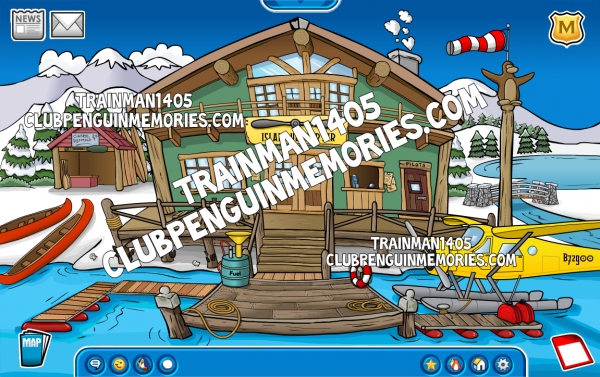 The second is the homepage. The screenshot was actually taken in November, as the what’s new text links to this post on the Club Penguin Blog from November 2011. The homepage shows Acropolis, a place in Greece. Doesn’t the items being worn by the red penguin remind you of the items that come with the next Club Penguin magazine issue? 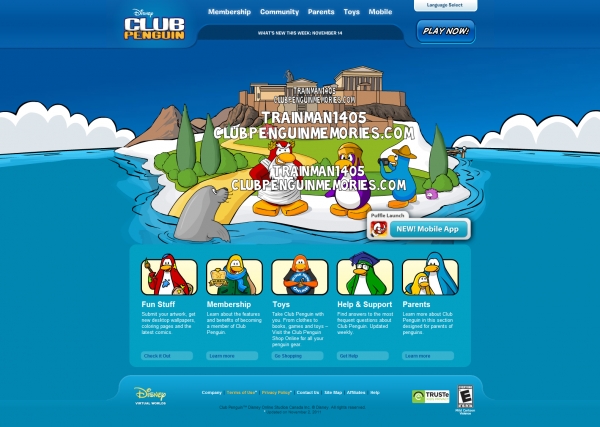