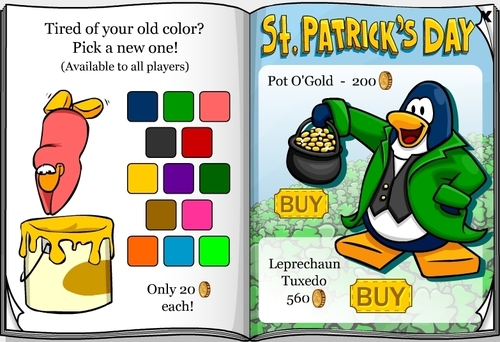 As for 2013, there were a lot of updates in-game, plus the 15th issue of Club Penguin’s magazine was released in the United Kingdom.

The final two updates in 2013 were a new pin and the March 2013 Penguin Style. The new pin was the Red Nose Comedy Pin. It is Club Penguin’s 239th pin and was the twelfth pin to be hidden at the Coffee Shop. On the other hand, the Penguin Style featured a wide range of puffle-themed items. 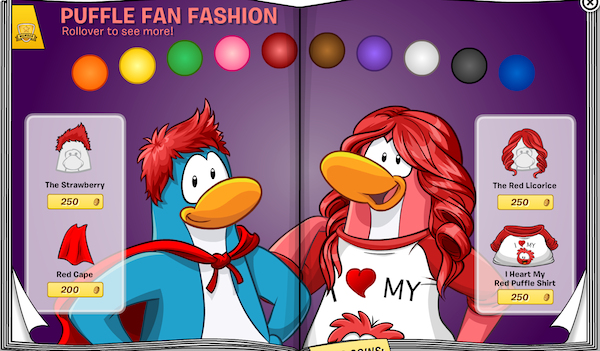