On the 19th of November Club Penguin has only updated in 2010. That year there were several different updates such as a brand new newspaper design.

The first update on this day in 2010 has to do with the newspaper. From issue 1 until issue 265, the Club Penguin Times the newspaper had a landscape layout rather than portrait and had all sorts of pages and even puzzles. After that, however, things changed. Beginning with issue 266 the newspaper had the design you see today. 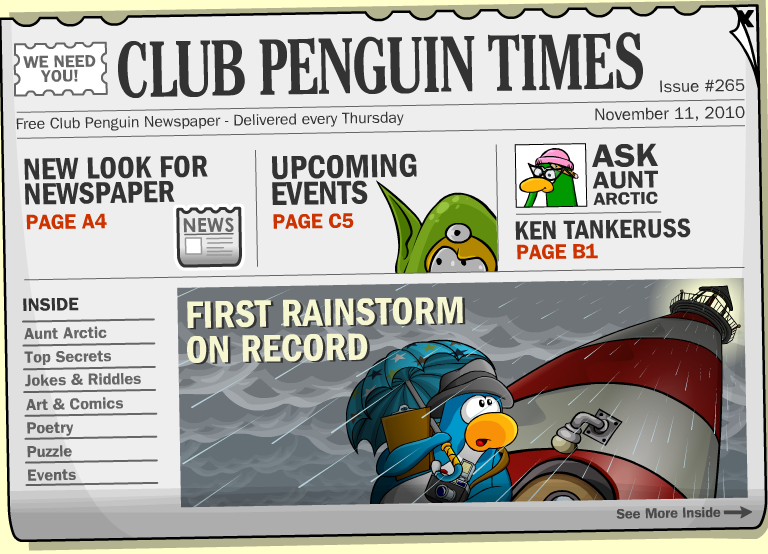 The next update in 2010 was Space Adventure: Planet Y being released at the stage for a second time. There was also a new pin released, the Water Pin, as November that year was all about Card-Jitsu Water. This pin is Club Penguin’s 140th pin overall and is the fifth pin to have been hidden at the Iceberg.

The final update in 2010 was a very minor one: the postcard catalogue was updated. There weren’t any brand new postcards, instead Club Penguin just rotated some out and re-added some old ones.

Also, although it was not an in-game update, I feel that it is worth mentioning that on this day in 2013 Polo Field posted on the Club Penguin Blog informally announcing that an Android version of the My Penguin (now called Club Penguin) app was begin made and the team needed to know what Android device(s) players had.