On this day in 2009 the new Penguin Style catalogue for the month was released. It featured Halloween costumes, something it contains every October. Some of the new items were the Ladybug Outfit and Blizzard Wizard Costume. Popular favourites such as the Black Cape and Ghost Costume returned in this catalogue, too. 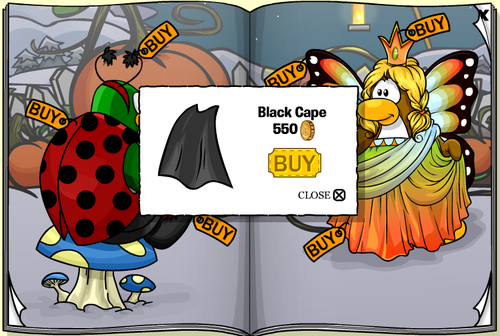 Just like in 2009, in 2014 a new version of the Penguin Style was released, too. Most of the items were Halloween related, but not all. Some of the items that could be found in the October 2014 Penguin Style were the Witch’s Broom, Big Lollipop, Werefolf Ears, and Fall Leather Jacket. 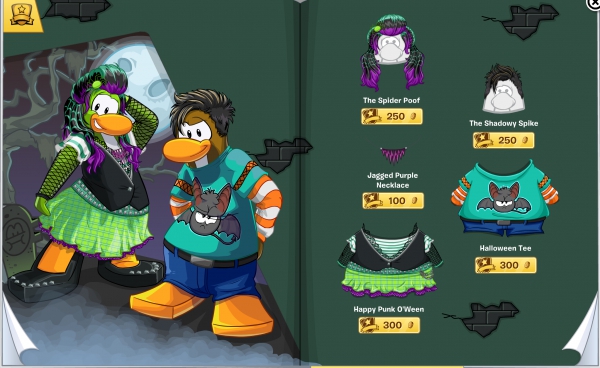 The Penguin Style wasn’t the only catalogue updated in 2014. The Snow & Sports catalogue received an update too.
The catalogue did not contain any new items or hidden items, however it did offer items relating to skateboarding, soccer, cheerleading, football, and hiking. The Sports Catalogue was also added to the Skate Park for the first time ever, making it now available both there and at the Stadium.

Another update was the play at the Stage being updated. Night of the Living Sled: Live returned for what would be its fourth and final showing.

The final update in 2014 was a new pin, the Scout Scarf Pin. This pin is Club Penguin’s 288th pin overall and is the thirteenth pin to be hidden at the Book Room.