On the 27th of July Club Penguin has updated in 2007 and 2010. In 2007 Rockhopper arrived for another visit and in 2010 the stamps feature was introduced, plus there was a new field op mission.

In 2007 there was only one update. Rockhopper arrived for his fifth visit of 2007/eighth visit overall. His free item for all players was the Fishing Rod. All players could purchase the Treasure Map Background for 60 coins, plus members could purchase the Pink Viking Helmet for 650 coins and the Treasure Chest, a furniture item, for 800 coins each. 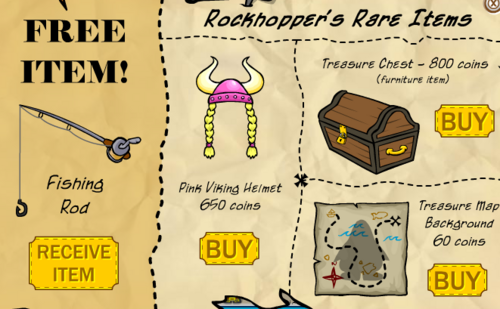 In 2010 there were two updates. The big one was the launch of stamps. At launch you could unlock a total of 107 stamps ranging from game achievements to ones such as being at least 365 days old. Unfortunately this also meant that some games now had limitations for nonmembers. Two login screens advertising the launch of stamps were also added. 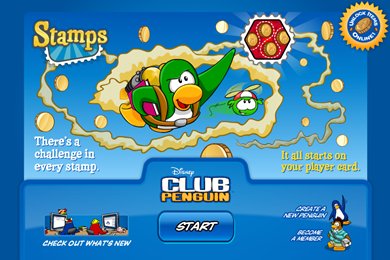 The other update in 2010 was a new field op. For the seventh field op you had to go to the Lighthouse Beacon and power up the chipset.