On the 26th of July Club Penguin has updated in 2012. In 2012 the updates were a new pin, a new field op mission, new igloo features such as liking, and in the real world a new issue of Club Penguin’s magazine was released. In 2014 the final free items at the Music Jam were released.

The new pin released on the 26th of July in 2012 was the Spotlight Pin. It was hidden at the Lodge Attic. This pin is Club Penguin’s 214th pin and was the tenth pin to be hidden in that room.

Another small update on this day in 2012 was a new field op mission. It was the 92nd one. Gary’s orders were the following:

We haven’t detected another Protobot infection this week. Either he’s hiding, or he’s defeated. We’re not taking any chances. Log into the EPF mainframe, and search for anything suspicious.

You had to go to the computer in the EPF Command Room and play the mini-game where you destroy the targets by entering their X and Y coordinates.

The biggest updates released on this day in 201 have to do with igloos. Here is a list of all the igloo related updates that occurred: 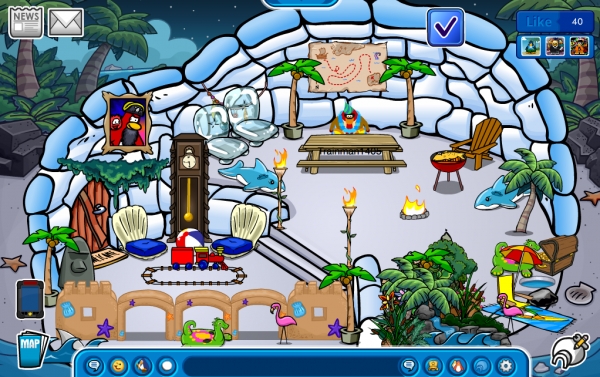 It’s also worth noting that the 7th issue of Club Penguin’s magazine was released in the United Kingdom on this day in 2012. The theme of this issue was igloos.

The only other year with updates on the 26th of July is 2014. The final few Music Jam items were released. All players could collect the MP3000 Bling Edition and members could also collect the Urban Diva Outfit.