Whether he was laid off or left on his own terms, Polo Field, Club Penguin’s social media manager, is no longer an employee. Polo Field is a longtime employee of Club Penguin: he’s worked there even before Disney bought the game, joining the team back in late 2006.

The announcement of his leaving was made in a blog post by Megg.

I’ve got a special message from Polo Field to all of you in the community:

Hope everyone loves the Maze puzzle. The team have so many more amazing surprises planned for you this year.

Just wanted to let you know that after 8 incredible years at Club Penguin, I’m going to be moving on.

I’ve been so lucky to be a part of the Club Penguin Team, serving you guys every day. Thank you for being the most amazing, positive, and friendly community. Thanks for all the beautiful artwork, and encouraging words you’ve sent over all the years.

Don’t forget YOU make Club Penguin the special place it is! Keep working together to make CP even better.

I was hoping I could ask you all a huge favor and join me in wishing Polo all the best in his future experiences. Leave your special message for Polo Field in the comments below! 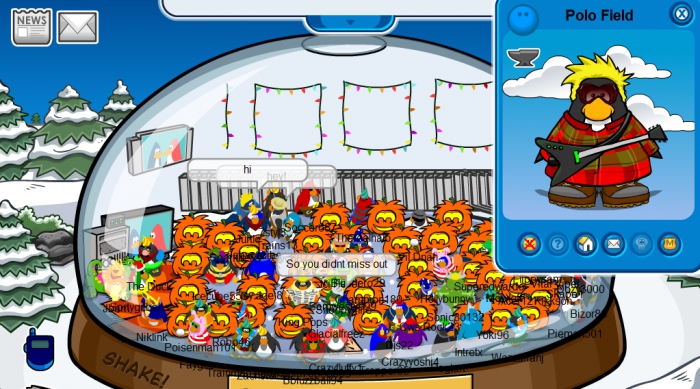