Polo Field has made a new post on Club Penguin’s blog. For it he asked a bunch of people around the studio what they wanted to do at the SoundStudio Party, and based on their responses he compiled a list of what to do. Here’s everything you shouldn’t miss at the party before it ends on March 4th! 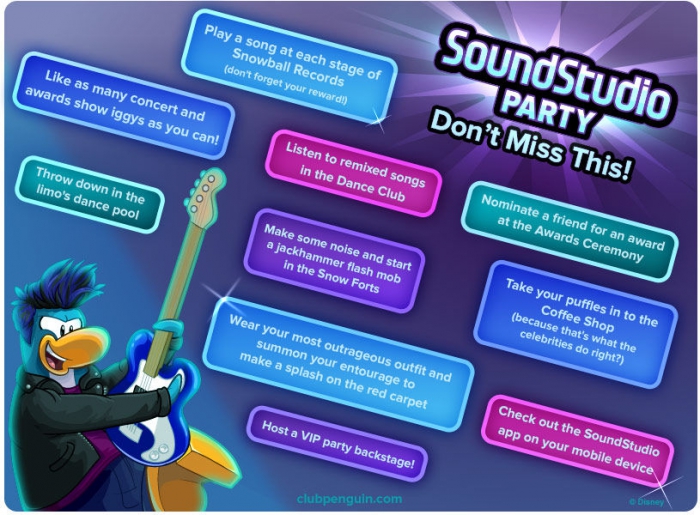 I wonder what ever happened to the Penguin Band visiting, because that should have definitely been on the list….