In 2005 there was a single update. The Christmas Party! This was Club Penguin’s first ever Christmas Party. There were two items available. They were the Santa Hat and Christmas Scarf, both have which returned to the game since their initial release. 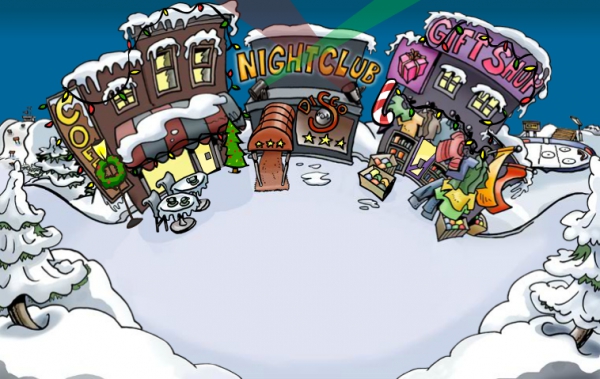 In 2006 there were two updates. The 22nd Pin, the Candy Cane, was released. It was located in the Dance Club and was the second pin to be hidden in this room. That year’s Christmas Party was also released, with many more decorations than the 2005 party. The Santa Hat returned for this party as a free item. The Santa Beard, a new free item, was also given out. 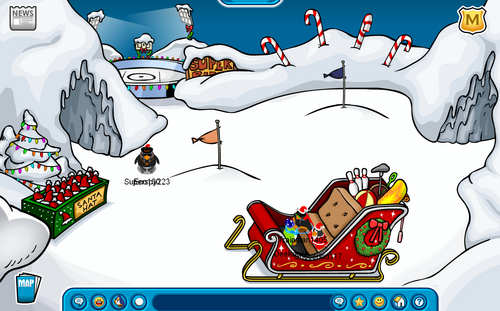 In 2008 on this day the treasure book was updated. It was the second series treasure book. Items like the Candy Cane Scarf and Keytar (Polo Field’s favourite!) were in it. Also on this day in 2008 Rockhopper departed from Club Penguin. Finally, six new servers were added. They were Northern Lights, Southern Lights, Ice Shelf, Ascent, Snowcap and Snowmobile. 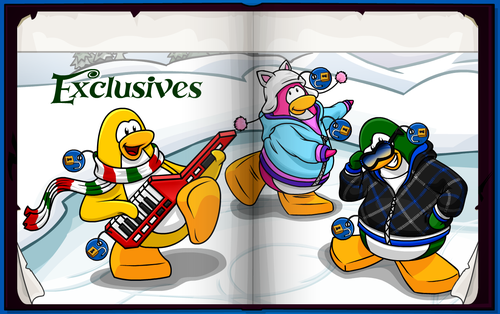 Finally, in 2011, the Deck the Halls Igloo Contest started and there was a new field op. At the Deck The Halls Igloo Contest 20 grand prize winners would win 50,000 coins. 20 Runner-Ups would win 25,000 coins. On the other hand the field op was the 61st one. It was located right in front of the table at the EPF Command Room. The mini-game was to enter directions for the repair bot to follow.