It’s finally happened – Club Penguin has their own official Facebook page for the game. Previously they’ve only had one just for Club Penguin Parents, but this one is aimed at all audiences. The URL is something easy to remember – Facebook.com/ClubPenguin. If you scroll down the page you’ll see they took advantage of the timeline feature giving notable highlights of how the game to be, for example when Dave Krysko, one of Club Penguin’s founders, started a small production company in Kelowna, Canada. It was known as New Horizon Interactive. (By the way, Dave is not Gizmo like many believe) 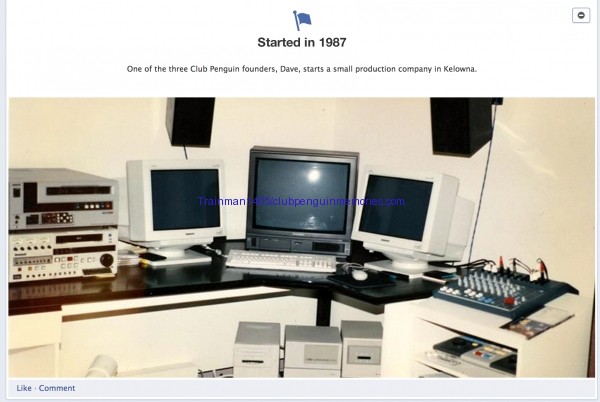 Some other cool bits: 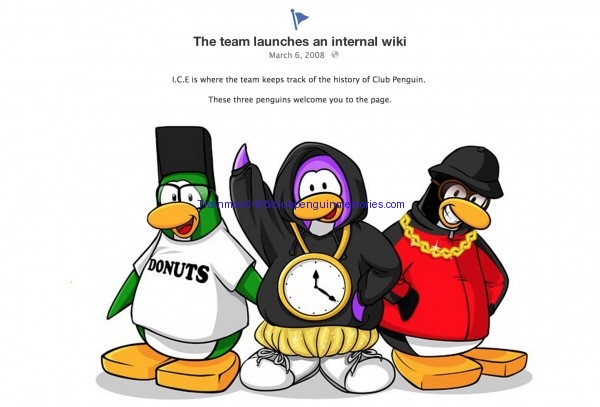 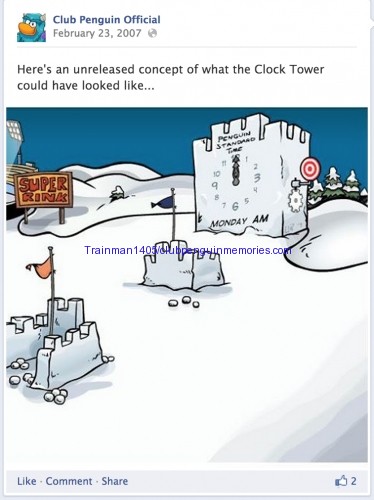 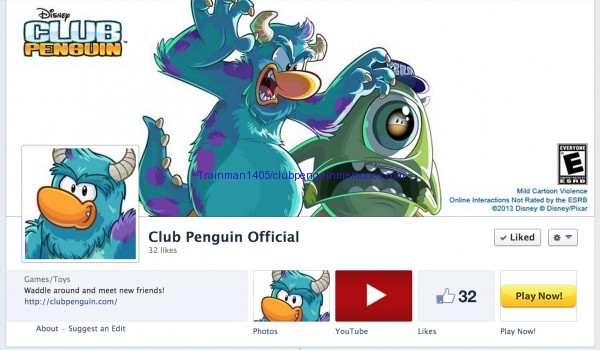 Now, it’s cool that Club Penguin now has a regular Facebook page like on Twitter, however there’s one thing I’m not too fond of. Remember this Club Penguin rule?

While yes, it’s sort of common sense not to reveal personal information, Facebook requires your real name to display everywhere. As a result, if you comment or like something on Club Penguin’s Facebook page, your name is out in the open. Sure, nobody will know it’s Randompeng123 if they just see a name like “Eric Brown” unless you actually say something on the page going “Add me on CP i’m Randompeng123” but it’s just the fact that the risk is there and I have a problem with that. Another scenario would be if you have the same picture on your Twitter account as your Facebook account. Let’s say Randompeng123 had a Twitter account and their avatar was a brown penguin with the text “Random” over it. Then let’s say they also made their Twitter account avatar their Facebook account avatar, too. Someone from Twitter could recognise them on Facebook and have their real name that way too without them actually saying their penguin name on Facebook!

I can understand Club Penguin wanting to increase their social media reach as much as possible but I think it’s a bit much with the addition of a general Club Penguin page…I think the page just for parents is better. Of course it’s their own decision and also yours if you want to like it but I figured I’d highlight any possible risks since I know a lot of penguins are younger!

You can go ahead and like Club Penguin’s Facebook page if you have an account (you must be 13 or older) but if you do, I recommend you refrain from liking or commenting on their posts unless you understand the possible risks involved. Or do what I have done and set up a fake account under a fake name and comment under that one instead. :)

That’s my general thoughts on it anyway, what do you think about it? Yay or nay with this social media page?

31 thoughts on “Club Penguin Makes a Facebook Page – What Happened To Their No Personal Information Rule?”