All of the updates on the 12th of January in Club Penguin History occurred last year in 2012. There were four different updates. When logging into Club Penguin many penguins noticed a new login screen advertising that month’s party/event, the Underwater Expedition, which was held by Rookie. 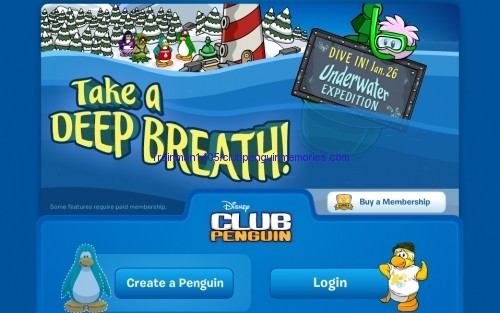 There was also a new pin hidden. It was the Conch Shell Pin and you could pick it up from the Iceberg. Also, The Twelfth Fish stage play was re-released. The set was the same but the script was totally rewritten by Rookie. Finally, the 64th field op was released. It was at the Recycling Centre. To complete it you had to power the chipset by guiding the micro battery.