On the 5th of November in Club Penguin History, updates occurred in three years. The three years were 2007, 2008, and 2010. On the 5th of November in 2007 the 5th PSA (Penguin Secret Agency) mission was released, further strengthening the story with Herbert. The mission is titled Secrets of the Fur. You can play it in the VR room inside the EPF Command Room. In 2008 some fireworks were temporarily added to the Ski Hill and the Iceberg for Guy Fawkes Night.

Finally, in 2010, a new pin and clothing catalogue were released. The new pin was the Water Tap and could be found at the Beach on the rocks in the bottom right. There was a new ninja login screen saying “Ninjas. Get ready for a new challenge.” (The new challenge ended up being Card-Jitsu Water) There was also a second new login screen advertising stamps. Finally, the other update before the new clothing catalogue for November 2010 (which featured rain gear, by the way) were storm clouds remaining in the sky even after the 2010 Halloween Party being over – a sure sign Card-Jitsu Water was on the way. 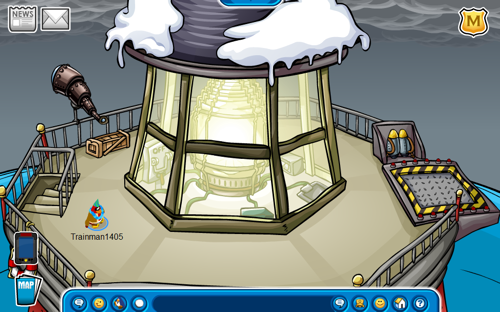 Also, a while ago I was asked by Blakefilms13, a longtime visitor of Club Penguin Memories, to include that his penguin turns three years old today! Each year to celebrate he puts on a different outfit. Here they are: 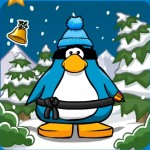 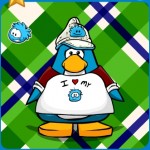 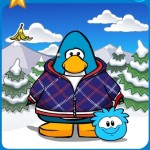