On the 23rd of November in 2007 there were two updates. There was the Surprise Party (Western Party) and a new pin. For the surprise party, two weeks before in the newspaper (Club Penguin Times Issue 108) there was a poll where you could pick which party you wanted! 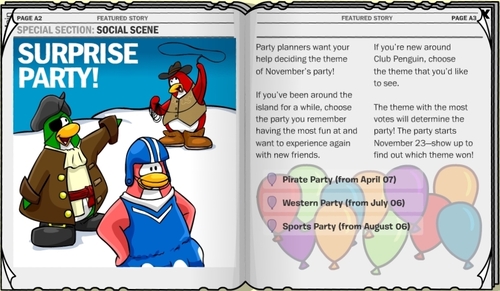