Club Penguin has released a sneak peek of their magazine issue that is now out in the United Kingdom, even though shops that carry it probably aren’t open. On the sneak peek page there is a puzzle for 500 coins. 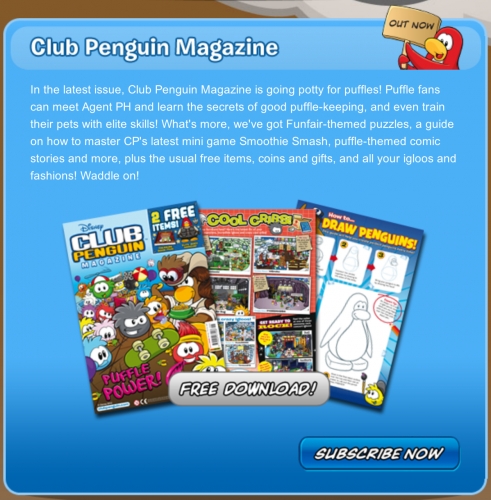 This is the sneak peek page. 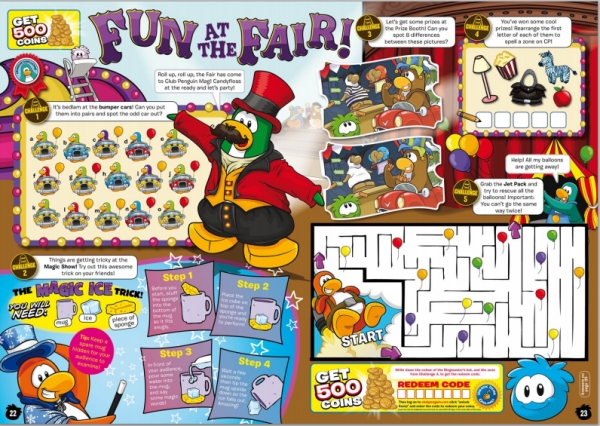 The puzzle is: “Write down the colour of the Ringmaster’s hat, and the zone from Challenge 4, to get the redeem code.”

The answer/code for 500 free coins is Redplaza, as the Ringmaster’s hat is red and the zones are L for lamp, P for popcorn, A for amour, Z for zebra, and a for apple.

Thanks to @Marlon58670 for helping me figure out the code, I was doing K for knight instead of A for armour. Tricky!

While I will have a full post about this magazine tomorrow most likely, the item you can unlock from this issue is the Elite Body Armour. Here is an image. 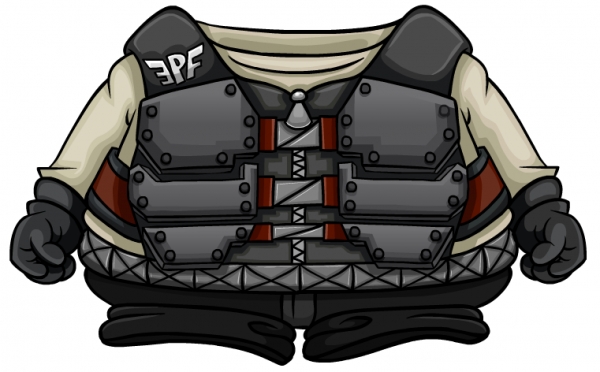