The Ultimate Jam 2012 party is now released on Club Penguin! 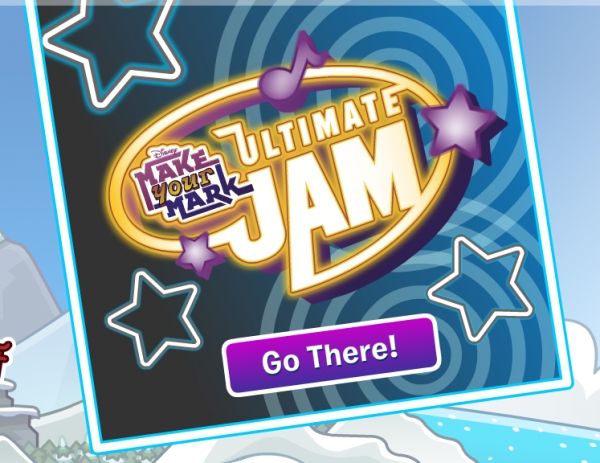 When you first log on you will see this. Collect the item. It’s a Purple Boom Box, an item that I had previously posted about. 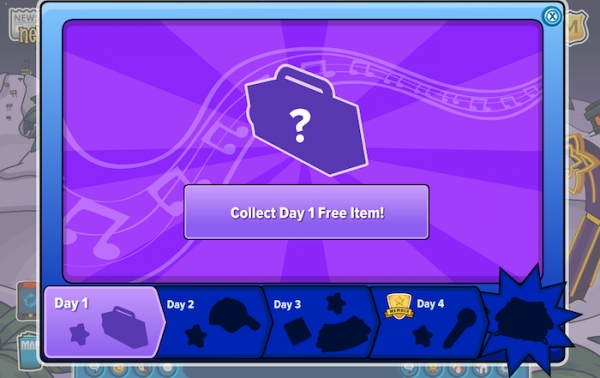 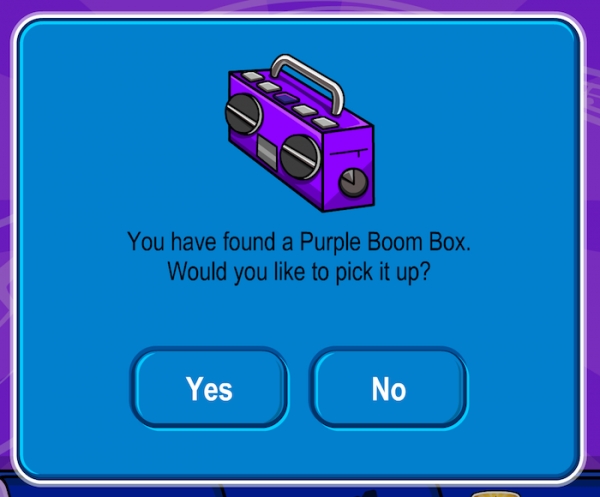 Now that you’ve got the Purple Boom Box, wear it (only that item) and dance on the purple squares at the Forest, Cove, and Mine Shack. 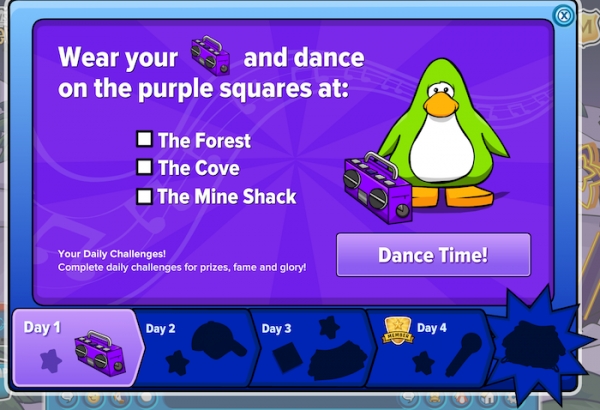 Do as you’re told. You do not need to do the rooms in a certain order. 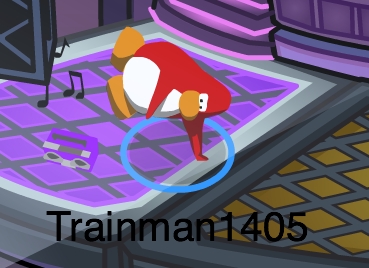 Once you’ve done it in all three rooms collect your prize! 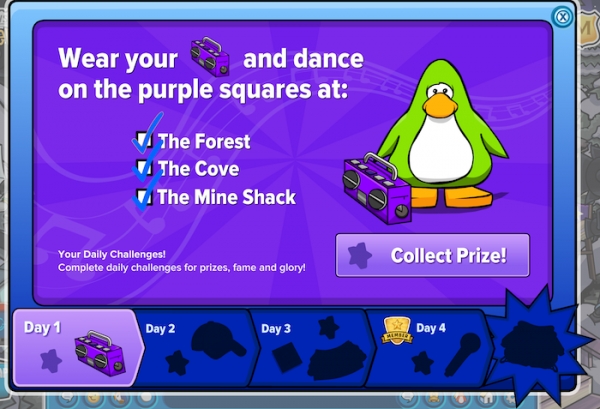 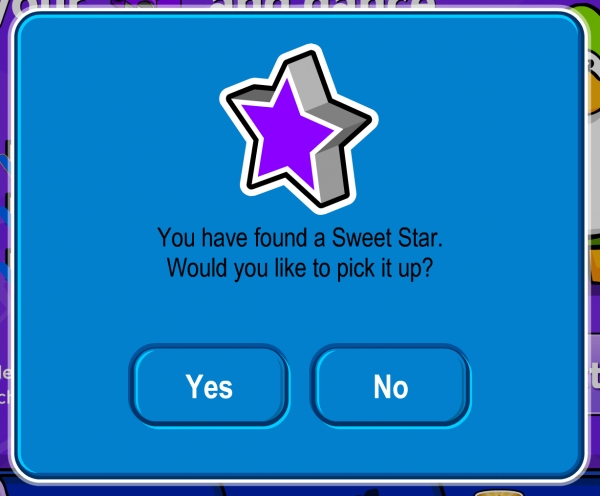 You’re now a dancing fan! Check back another day for the Music Challenge! Epic! 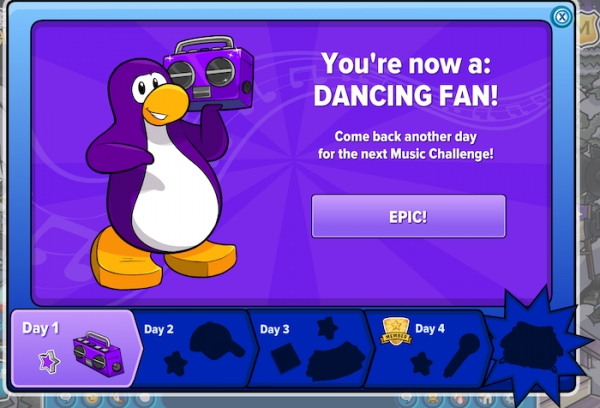 You can always click the checkmark next to the moderator shield to see your progress. 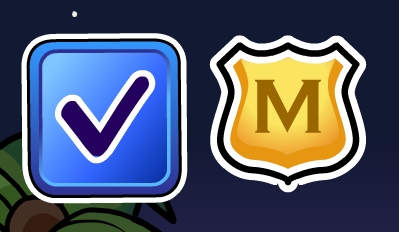 At the special Stadium room, Cadence and the Penguin Band perform. 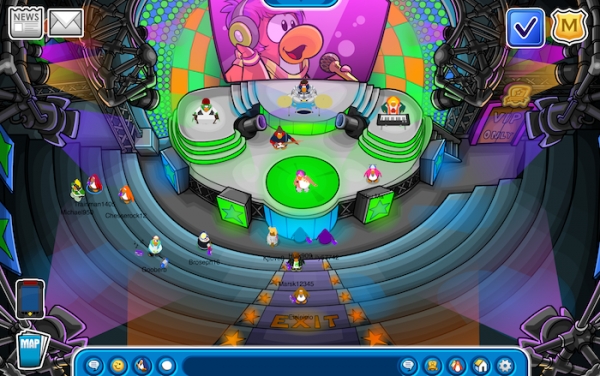 At the Snow Forts there’s a countdown clock that counts down until the said performance. 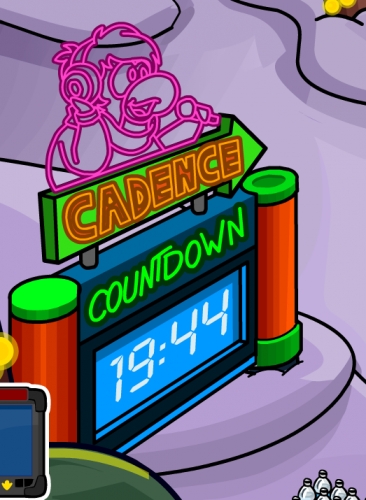 The Casa Fiesta has returned. Everyone can visit it. 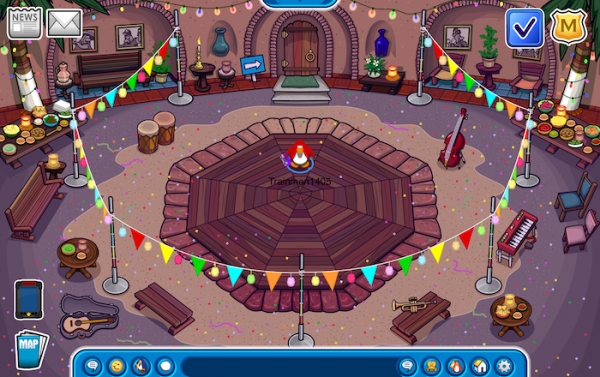 Everyone can visit the Rooftop. 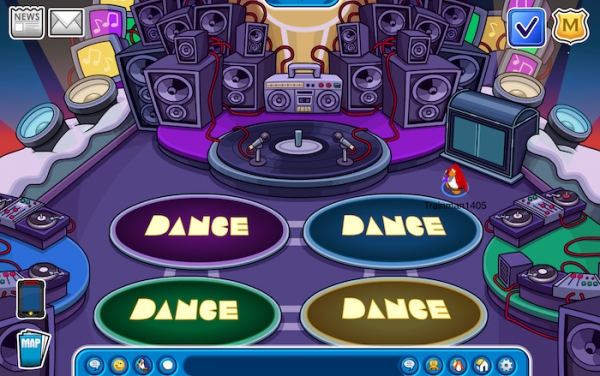 The Backstage is located in the Stadium room this year instead of the Dock. It is members only. You do NOT need a special VIP pass to get in unlike previous years. 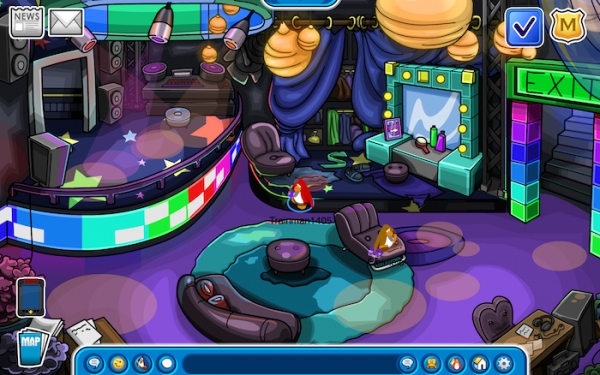 At the Snow Forts there is a Merchandise Booth for members. 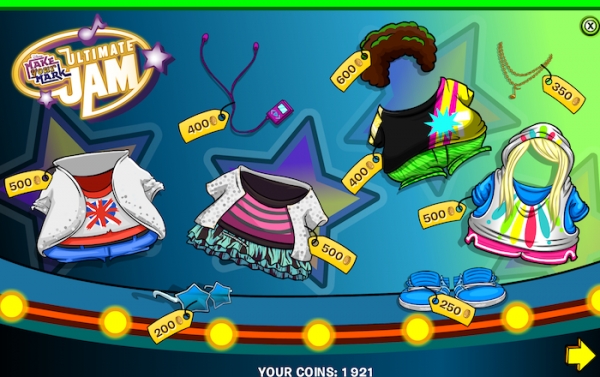 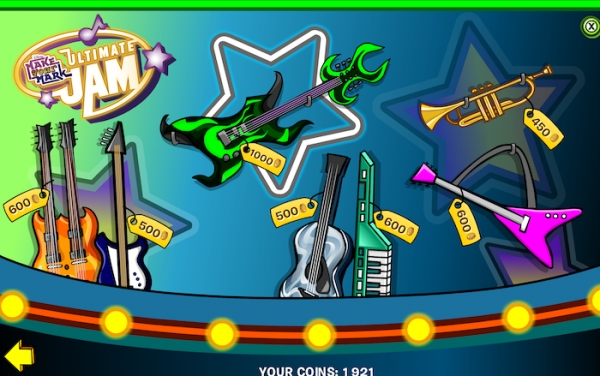 The Giant White Sunglasses are hidden. 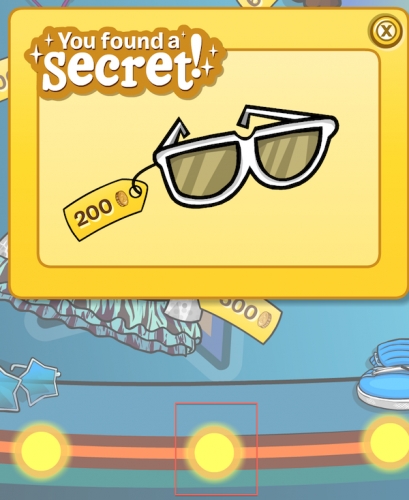 The Snare Drum and Drum Sticks are also hidden. 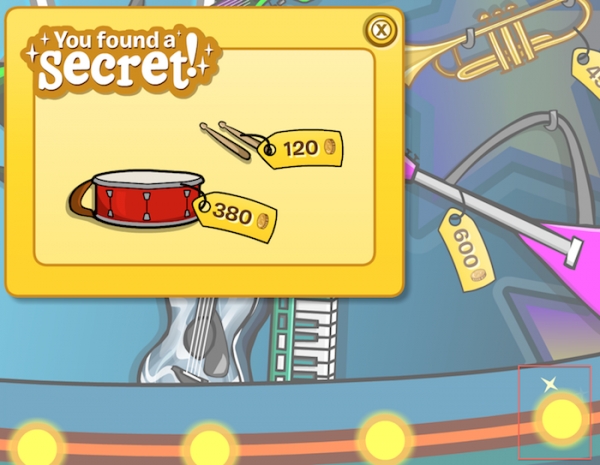 Many mascots are visiting. Check out the mascot tracker post if you would like to find them.

During this event you can earn ten stamps. (to my knowledge)

How do you like the party overall? I think it’s fantastic. I’m curious to know your thoughts!