As you may or may not be aware, Club Penguin is playable in several languages. Originally only in English, this popular online virtual world is also playable in Portuguese, Spanish, French, and German. This totals five languages. 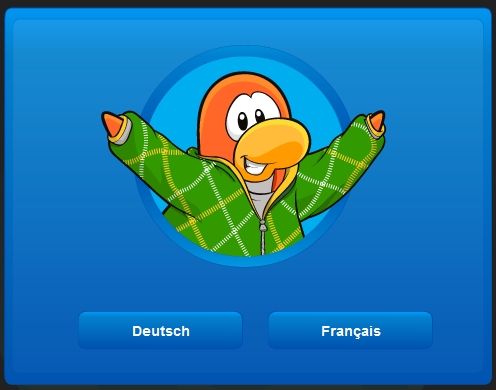 Could Club Penguin be working on a sixth? Maybe. http://www.clubpenguin.com/ch/ redirects to the German version of Club Penguin….but why would it do that? Other clubpenguin.com/randomletters/ links are a 404 error, or page not found. So why /ch/? What does ch stand for? Could it be Chinese? Maybe. However, “zh” is the abbreviation for Chinese, not ch. Ch is for Chamorro – a language you have probably not heard of.

So….what do you think?

Update: Boba 126 has a logical explanation in the comments.

Hello Trainman, The abbreviation “CH” stands for Switzerland’s official name in Latin “Confoederatio Helvetica” which in plain English means “Helvetic Confederation”. Switzerland it takes both the German and French languages, so that’s why it directs to either Deutsch or Francais. :)

Special thanks to @SanbilCP for originally pointing this out to me.