Here’s some information provided by Disney about the upcoming Earth Day Party, Medieval Party, and a new party? 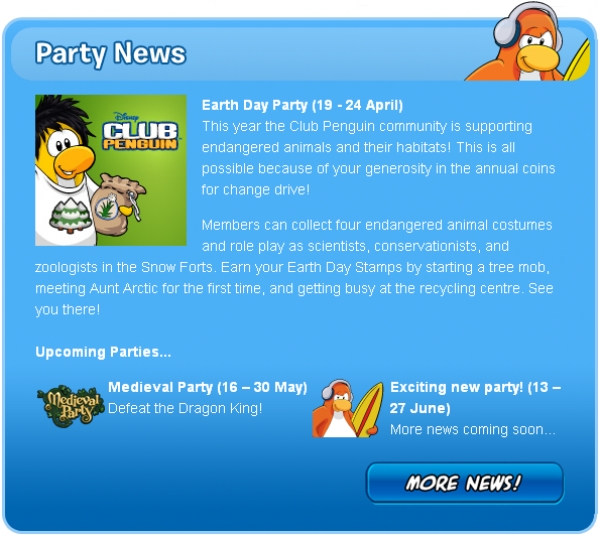 This year the Club Penguin community is supporting endangered animals and their habitats! This is all possible because of your generosity in the annual coins for change drive!

Members can collect four endangered animal costumes and role play as scientists, conservationists, and zoologists in the Snow Forts. Earn your Earth Day Stamps by starting a tree mob, meeting Aunt Arctic for the first time, and getting busy at the recycling centre. See you there!

With all that said, there is one thing I am unsure about, and that’s the June party. According to the Disney Australia magazine it is going to be the Music Jam. (see this post) 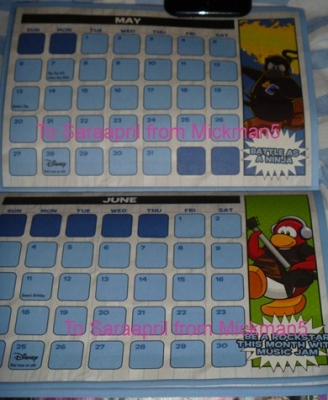 What do you think? Will it be the Music Jam or something else, or even both?