While it’s nothing major, Club Penguin has added one new unreleased item to their files. I believe it is an unlockable item, possibly from a future issue of Club Penguin’s Magazine. It item is called “Treasure Chest Costume”. No picture of it currently exists.

Based on the item’s name we can get at least some sort of idea as to what it looks like. My guess is it will be released sometime within the next month. What do you think?

Update: Club Penguin has included an image of it in their magazine. (Thanks, A11766!) 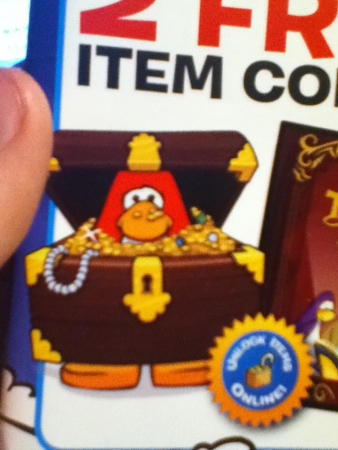