Club Penguin has released a new newspaper, for the 2nd of February. This is the fifth issue of 2012 and brings us to a total of 328 published newspaper issues.

The main headline is this week’s newspaper is about all the Fashion Show. 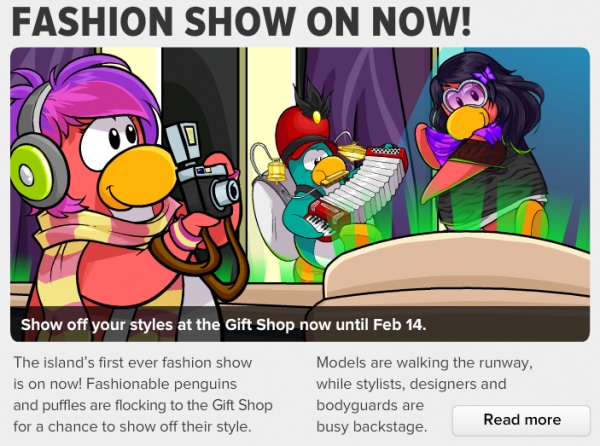 The second main headline is about the island being back to normal and the Underwater Expedition is over. 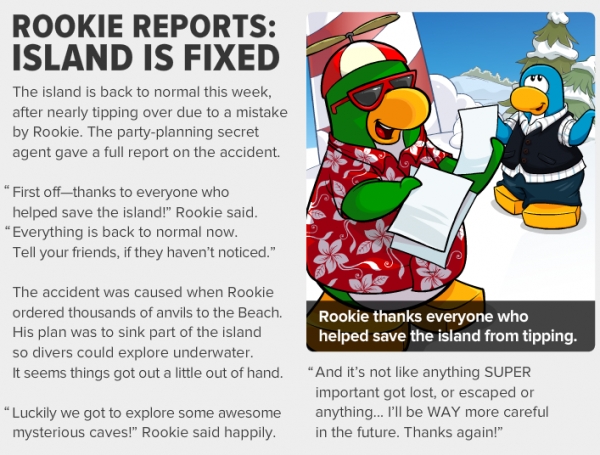 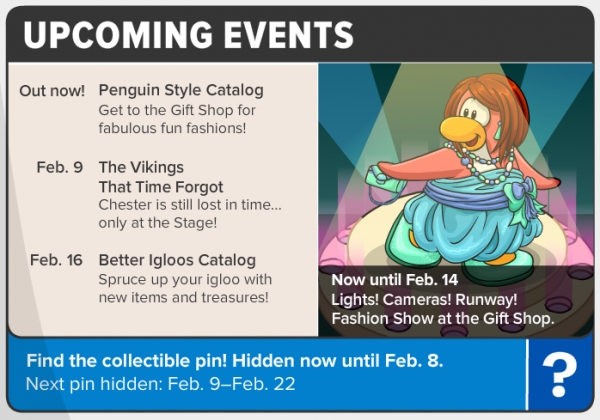