Aside from Club Penguin’s Beta Party, the Halloween Party was the first official party. The tradition started in October 2005. Since then, the Halloween Party has greatly advanced. What started out with a few decorations of pumpkins, spiders, and cobwebs eventually led to an island wide party. Every year starting in 2007 Club Penguin releases a new “Night of the Living Sled” video – a short film without sound. It is a film about two penguins and a sled brought to life that chases them. It’s an amusing short film. 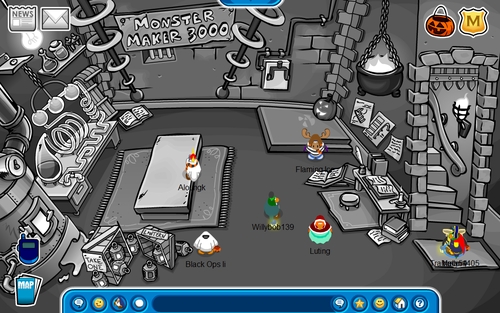