On Club Penguin’s updated membership page they have updated, they said there will be an Adventure Party in July 2011. This party will most likely come out on July 15th or July 22nd. This party was first introduced in June 2009 to replace the Summer Party. This party has a scavenger hunt, free items, and even Rockhopper! The island is transformed to look like a jungle. 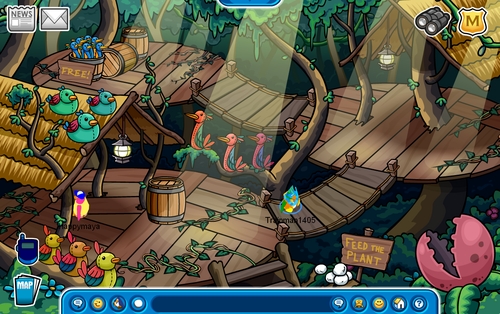 Because at the last two Adventure Parties on Club Penguin have both had scavenger hunts, I have reason to believe that this one, will too. Like all scavenger hunts, it will have a prize of some sort – a clothing article, pin, or background. Who knows? Rockhopper has also showed up at the last two adventure parties, so he will most likely make an appearance too. In the case he does come, be sure to use our Rockhopper Tracker for July 2011!