It’s no secret than the 2011 Music Jam will be in June this year on Club Penguin. In fact, it was first announced nearly a month ago. Now, every year the Penguin Band is at the Music Jam. Last year Cadence even showed up! Now, she was even pictured in today’s newspaper. Do you think Cadence and the Penguin Band will both make an appearance at the Music Jam or will only one of them? 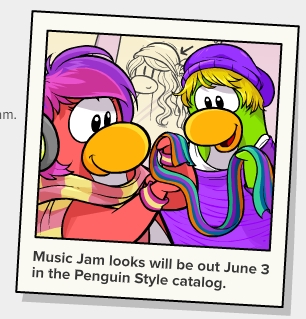