Billybob has made a new post on the Club Penguin Blog! This time it’s about what to expect in April and May. He lists some pretty cool things! They include:

He also put an image sneak peek in the blog post. Take a look: 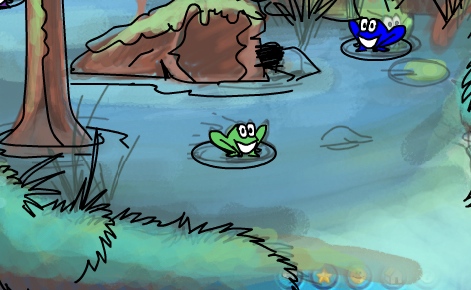 Very cool! In the painting, I wonder why the chat bar is at the bottom of it? Do you think this will be a new game or a members room?

3 thoughts on “Club Penguin Blog: What’s New In April & May + My Predictions (and spoilers)”