Billybob has posted a new Reviewed By You on the Club Penguin Blog! Last week he asked penguins where they would said if they were a pirate, and Reading20008 said: 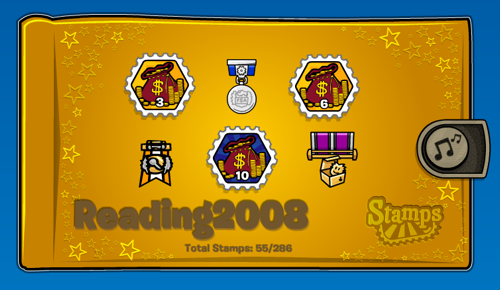 This week, in honor of the new Ice Fishing and Pizzatron 3000 stamps, the Club Penguin Team wants to know how many stamps have you earned so far, and which one was the hardest one to get! I have 125.