Billybob has made a new post on the Club Penguin Blog about the upcoming new game, Bits & Bolts! It reads:

Last week we mentioned that the team is working on a new arcade game for the Lounge. We asked you what your dream arcade game would be, and Fastflier 2 said:

“I think it should be a robot building game.”

Guess what, Fastflier 2? That’s what the team is working on right now! The new arcade game is called Bits & Bolts, and you’ll be able to play it in the renovated Lounge. Here’s a sneak peek of one of the robots: 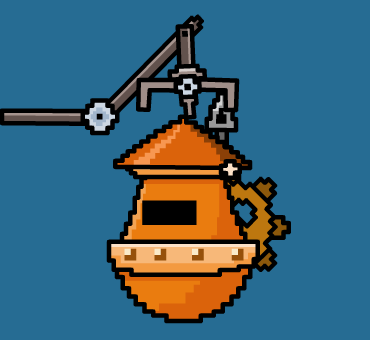 The game was originally going to launch tomorrow, but it’s not quite finished yet. The team will not have the game ready until next week. I’ll keep you posted as I find out more. Thanks for your patience as we work out all the leftover ‘bits’.

I actually first posted about this game back in late February.