On the 9th of June Club Penguin has only updated in 2006. There was one update, a new pin, Club Penguin’s seventh one.

The pin was the Beach Ball Pin and could be found at the Ski Lodge Attic, now known as the Puffle Lodge Attic. The pin was a beach ball to go along with the theme of summer and also the upcoming Summer Party, Club Penguin’s first one ever. The 2006 Summer Party began a week later on the 16th of June. As you can see in the picture below, pins used to be very well hidden, either being very small or blending in with their surroundings. 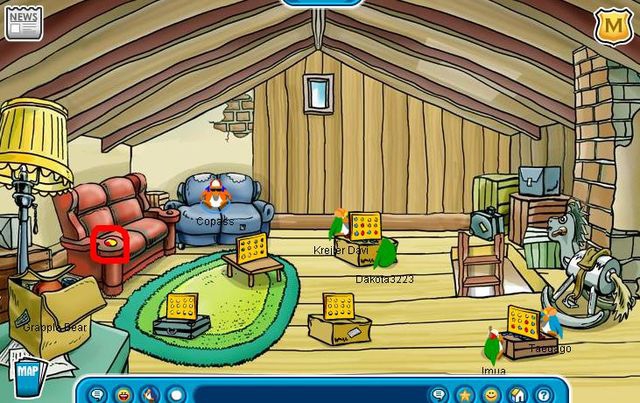