On the 24th of April Club Penguin has updated in 2009 and 2014. There was also a big announcement in 2013 that Spike Hike made. In 2009 the Sled Racing and Dance Contest games were updated with new features and a new pin was hidden on the island. In 2014 the Puffle Gala was now open for the remainder of that year’s Puffle Party.

On this day in 2009 the game upgrade catalogue for Sled Racing was released. At the time only one item was available in the catalogue, the Toboggan. If you entered the Sled Racing game while wearing the item on your penguin outfit you’d use it in the game instead of the standard snow tube. 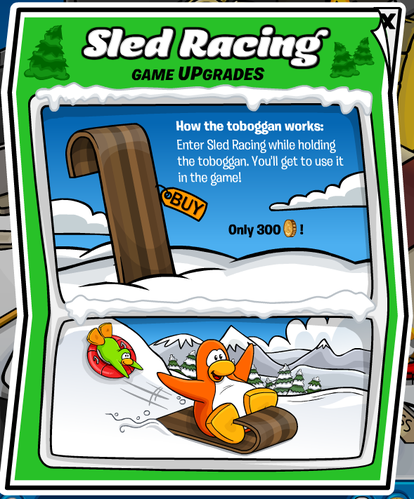 That wasn’t the only game related update on this day in 2009. Three new tracks were added to Dance Contest, too. They were Patrick’s Jig, Go West, and Let’s Bounce.

The final update on this day in 2009 was a new pin being hidden on the island. The Tree Pin, Club Penguin’s 88th pin, was hidden at the Dojo Courtyard. It is the first pin to have been hidden in that room.

Although not an in-game update, in 2013 Spike Hike made a big announcement. He announced that Club Penguin’s big mobile app, at the time called My Penguin, was on the way! This was his announcement post:

I’ve had a secret that I’ve wanted to share with everyone for almost a year… Today I can finally share it with you!

Some of you may have seen me show up occasionally in the Friends list from a place called “My Penguin.” A few of you guessed that it may be a secret Club Penguin app on mobile… You were right!!!

I’m excited to tell you that our new iPad app is coming soon! 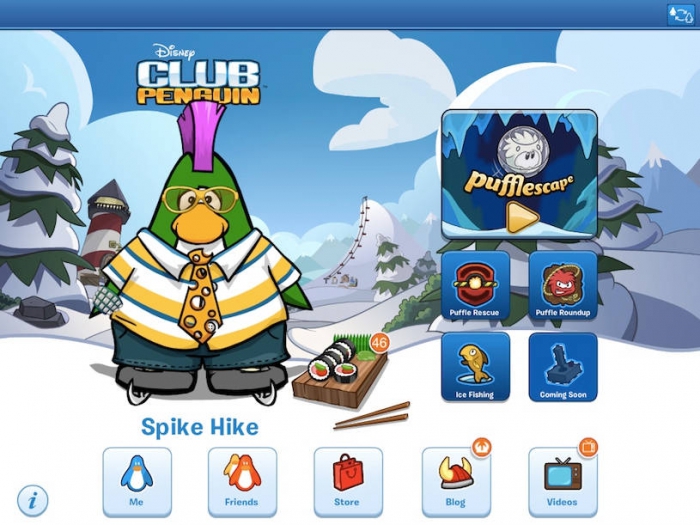 The first version of “My Penguin” will let you play some of your favorite mini-games, shop from the catalog, and change your Penguin’s outfit . The app is totally connected to Club Penguin, so your Penguin, clothing and coins will be shared whether on mobile or the web.

That’s just the beginning, too… We’ll be updating the app regularly and bringing more of the Club Penguin world to the app throughout the year!! Stay tuned to the blog for more news and updates on “My Penguin”!

Until then… Waddle On!
-Club Penguin Team

The final update on the 24th of April has occurred in 2014. The Puffle Gala room was now open for the remainder of that year’s Puffle Party – a week.