On the 23rd of April Club Penguin has updated 2014 and 2015. In 2014 the final free items were now available at the Puffle Party and in 2015 the Frozen Fever Party began, the igloo music was updated, and Club Penguin released a new redeemable code.

In 2014 the final two items were now available at the Puffle Party. All players could collect the Wind-up Mouse item and members could also collect the O’berry Costume.

As for 2015, the Frozen Fever Party began. Another takeover from Disney, this event brought magical snowflakes that were placed around the island. You had to find them and as a reward you would receive different free items. The items ranged from clothing, pins, to even the Spring Palace Igloo. 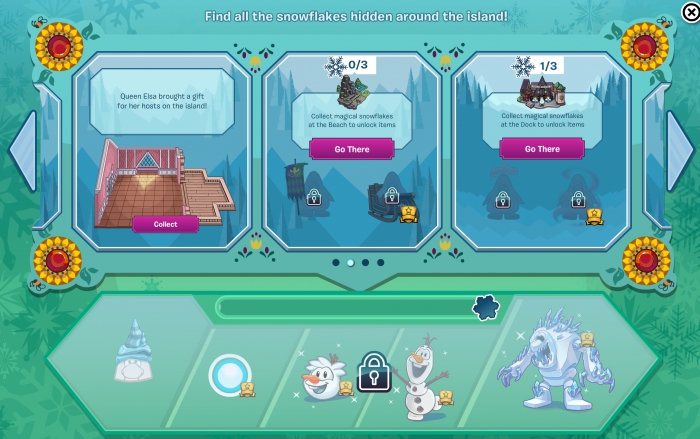 Another update on this day in 2015 was the igloo music being updated. Frozen themed tracks were added.

The third and final update in 2015 was a new code players could redeem. The code, FELIZDIA, was for Children’s Day in Colombia and Mexico. It unlocked the Bunch of Balloons as well as the Tiki Tiki Headdress. This code is expired and no longer works.