On the 12th of April Club Penguin has updated in 2012. That year there was a new furniture catalogue, a new igloo catalogue, a new field op mission, Earth Day Party preparations, and a new login screen advertising said party.

The theme of the new furniture for April 2012 was plants and animals to go along with Earth Day. This catalog was also given a new “you found a secret!” popup design and sound. 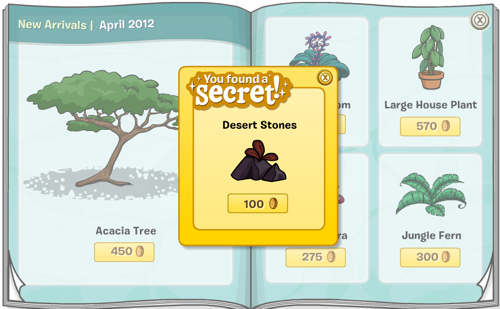 The new igloo in the igloo catalogue was the Wildlife Den.

Also on this day in 2012 the 77th field op mission was released. Here is what Gary’s mission orders were: 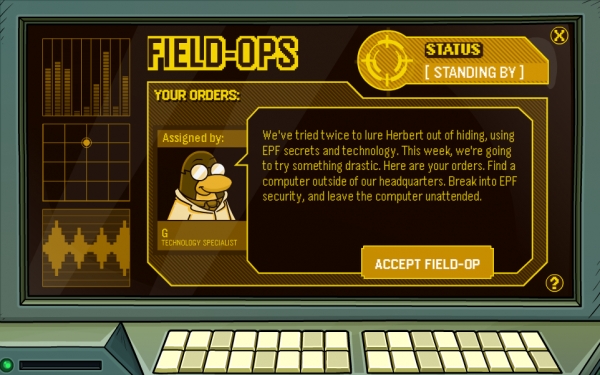 We’ve tried twice to lure Herbert out of hiding, using EPF secrets and technology. This week, we’re going to try something drastic. Here are your orders. Find a computer outside of our headquarters. Break into EPF security, and leave the computer unattended.

You had to go to the computer at the Recycling Center then complete the mission by decrypting the passcode in the mini-game.

The final two updates on this day in 2012 have to do with Earth Day. Preparation on the island began and a new login screen advertising it was added. For the preparation a few small plants were growing at the Snow Forts.