When you log in to Club Penguin today you’ll see that there’s a new login screen about Operation Doom, which has now begun!

This is more of an event than a party, obviously. 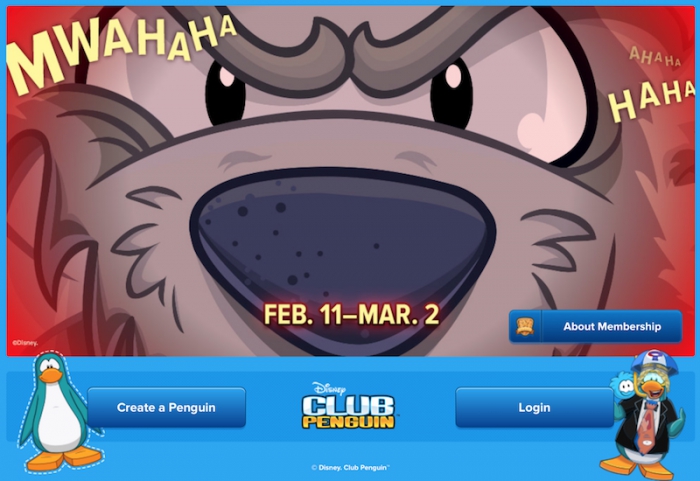 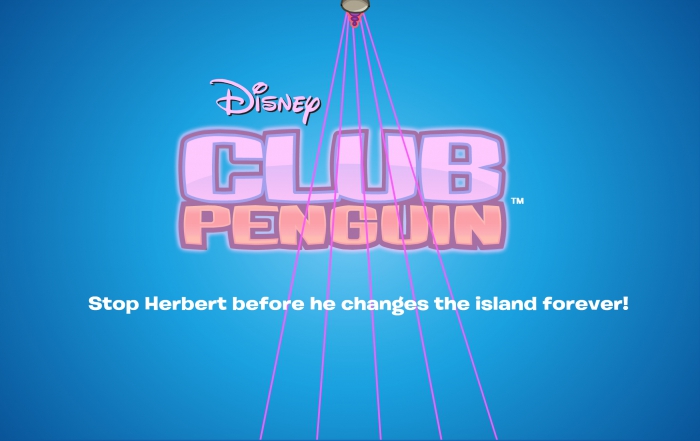 When the island first loads Herbert will appear. I think I was supposed to start out at the Snow Forts… 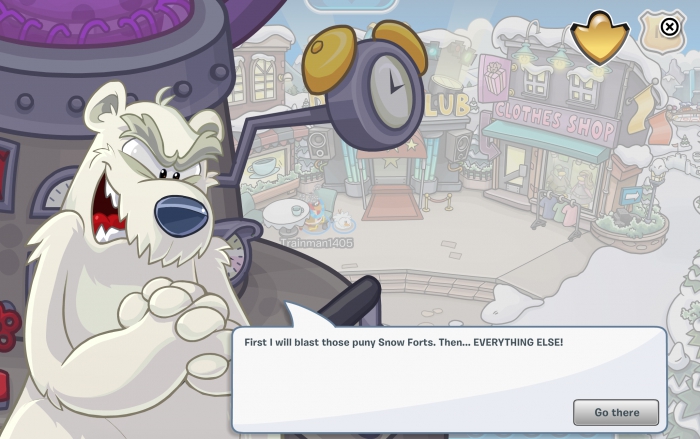 First I will blast those puny Snow Forts. Then…EVERYTHING ELSE! 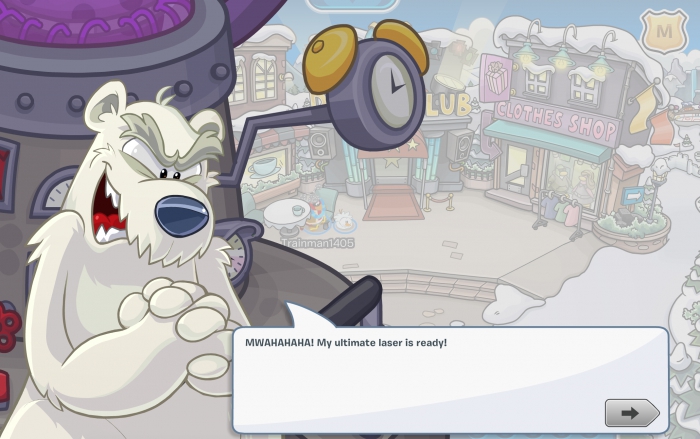 Then after that Rookie will pop up. 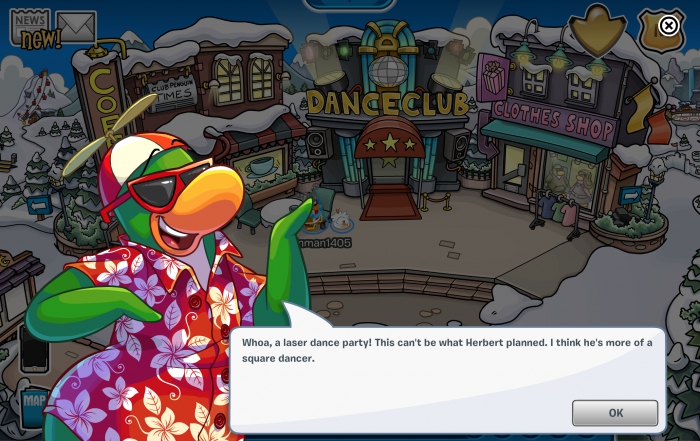 Woah, a laser dance party! This can’t be what Herbert planned. I think he’s more of a square dancer.

The Snow Forts is filled with neon lights, lasers, and a giant dance mat. 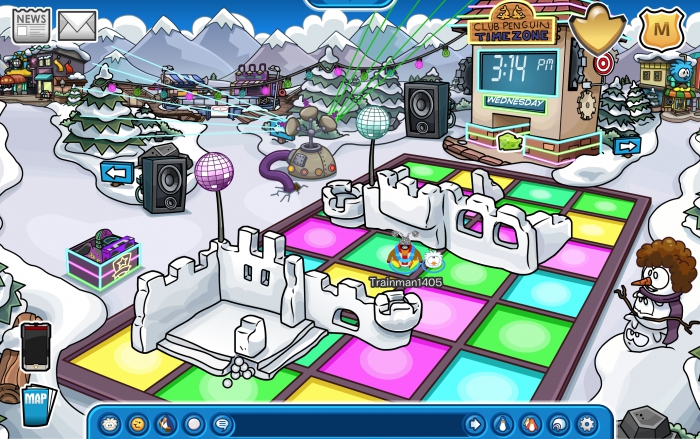 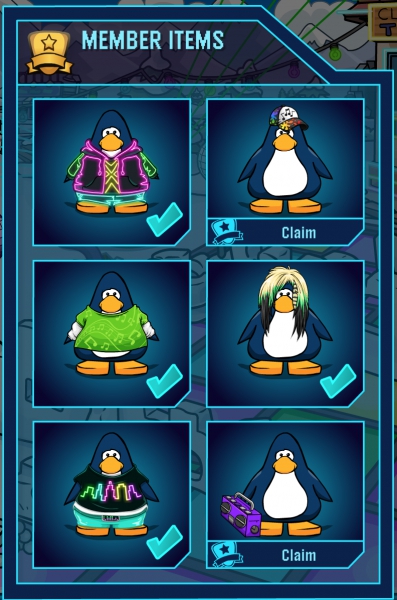 There’s even special emotes, too! They appear animated in the list but aren’t when you use them. :/

More’s to come next week and the week after, but you can catch a glimpse of what’s to come in the party’s interface by clicking the icon in the top right corner. I guess Operation Tri-umph is what the EPF calls it, and Herbert calls it Operation Doom? 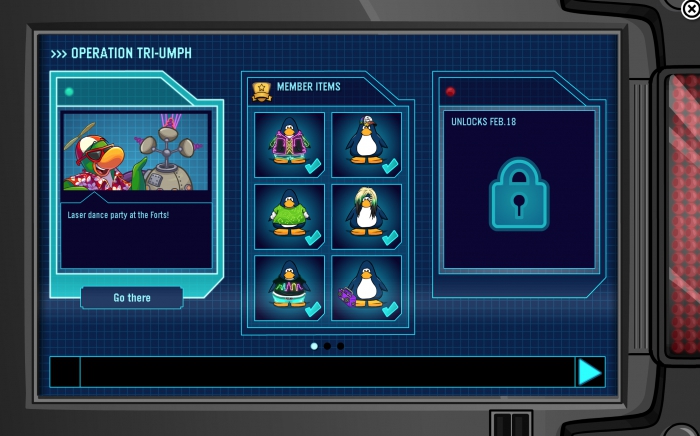 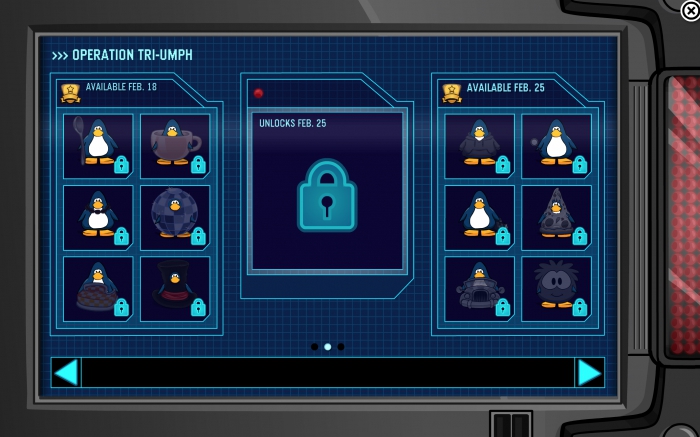 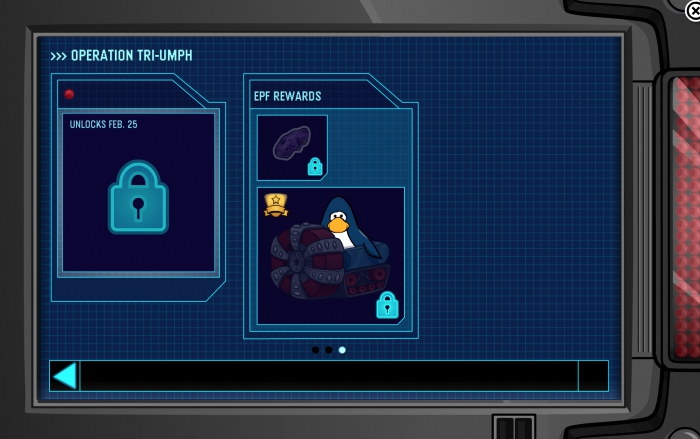 So…check back next Wednesday/Thursday when more unlocks and we figure out what the heck we’re doing! :P

7 thoughts on “Laser Dance Party at the Snow Forts”