The third and final week of Herbert’s plans are now here, and it’s time for us to put a stop to them! 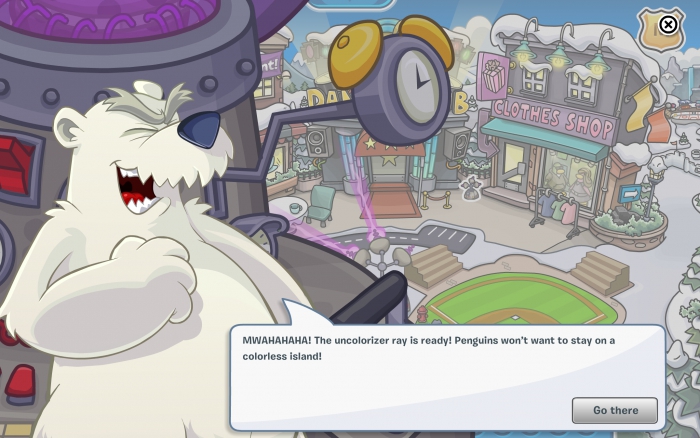 MWAHAHAHA! The uncolorizer ray is ready! Penguins won’t want to stay on a colorless island!

Rookie will then appear in black and white. 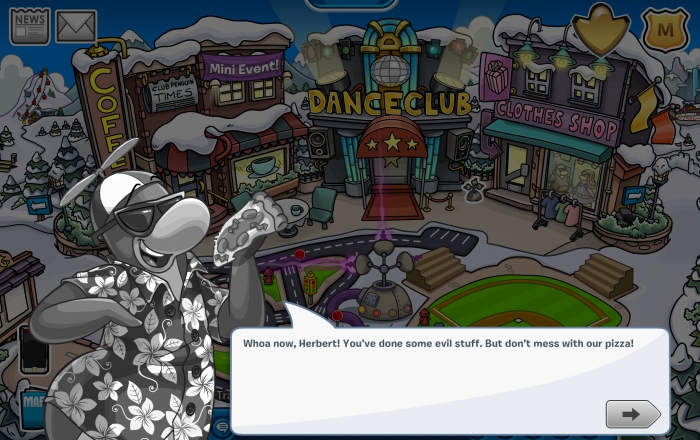 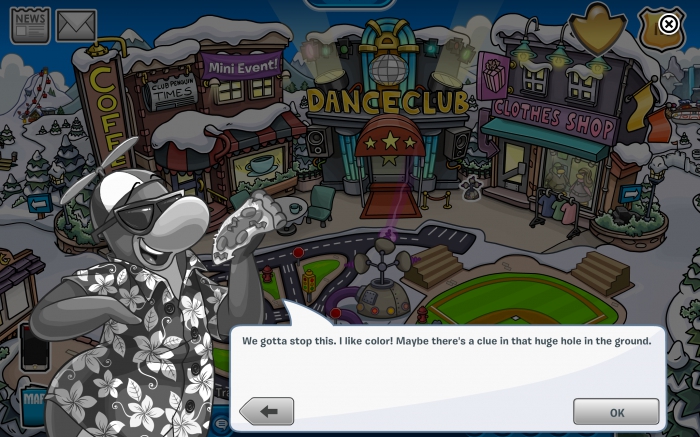 We gotta stop this. I like color! Maybe there’s a clue in that huge hole in the ground.

Going to the plaza, you’ll see that half of it is black and white due to the uncolorized. 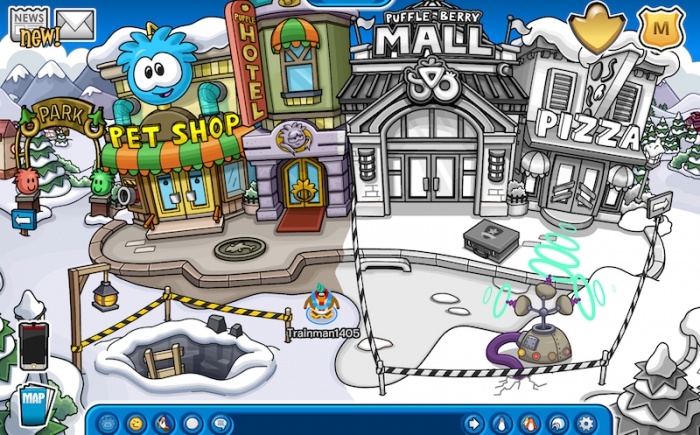 Just like at the Snow Forts and Town, there are also some free items at the Plaza for members to collect. 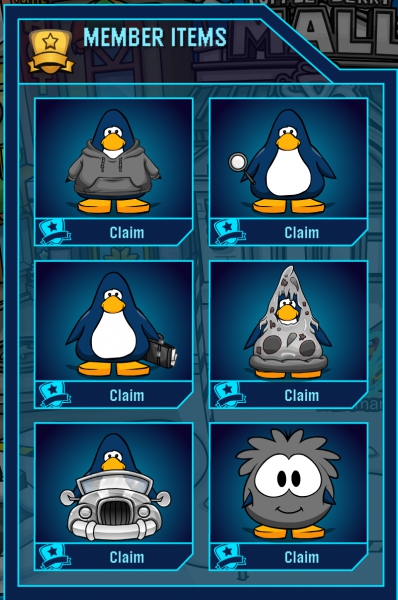 If you waddle over to the hole you’ll end up in the underground cave maze, which is returning from last year. In fact, it’s the exact same. Be sure to pick up a hard hat if you don’t already own the item. 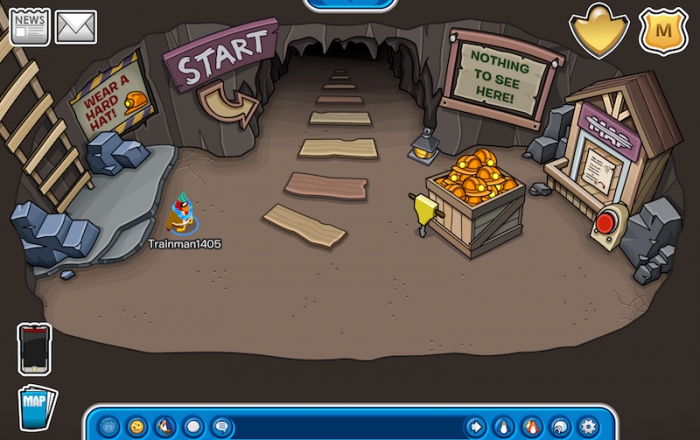 Here’s the path you need to follow. The circled part in the top left corner can be drilled on by wearing the hard hat and pressing D to dance. I’m reusing this image from last year, so enjoy the prize room in the bottom right corner. ;) 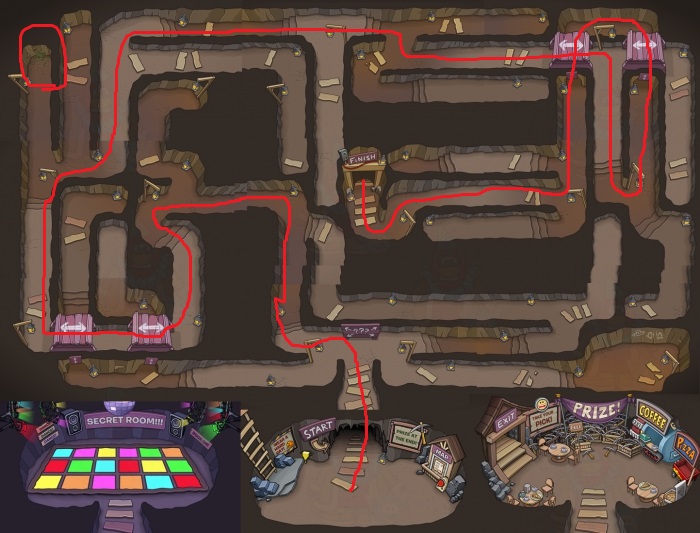 This is the secret room: 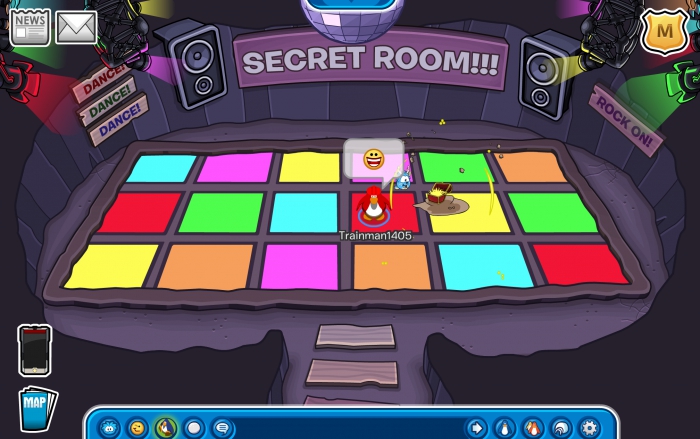 At the very end it will say “Do not enter” on the planks wood. This is the only change to the maze for this year. 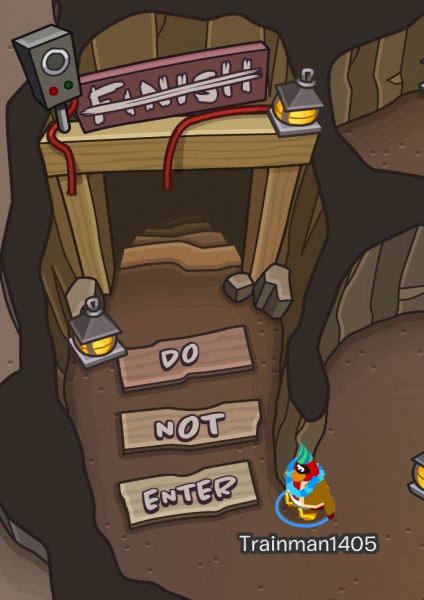 Going through there will make Herbert appear on your screen with an alarm sound buzzing. 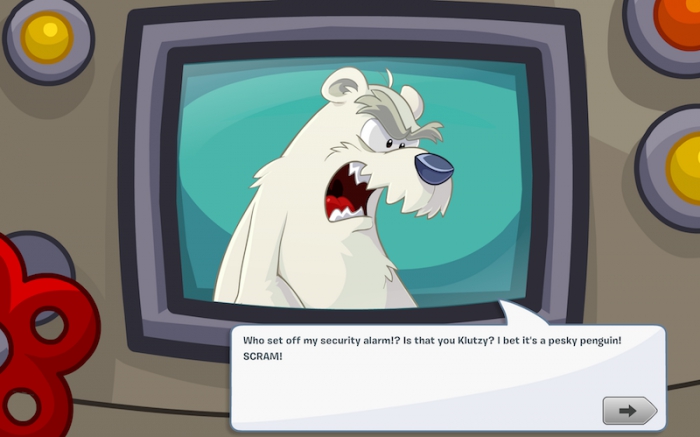 Who set off my security alarm? Is that you Klutzy? I bet it’s a pesky penguin! SCRAM! 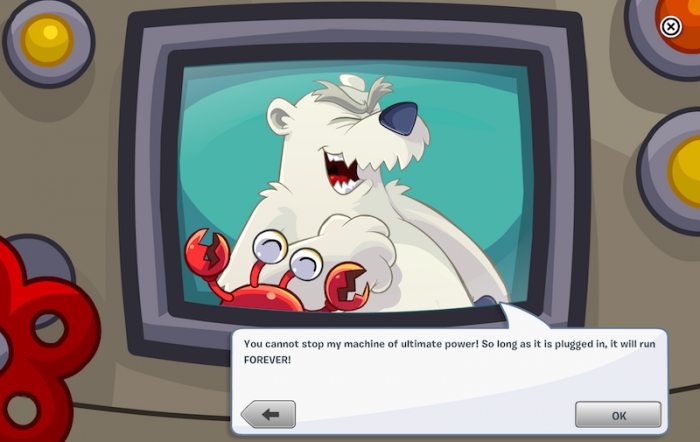 You cannot stop my machine of ultimate power. So long as it is plugged in, it will run FOREVER!

Once the room loads, simply click the button to unplug the machine. So difficult, right?! 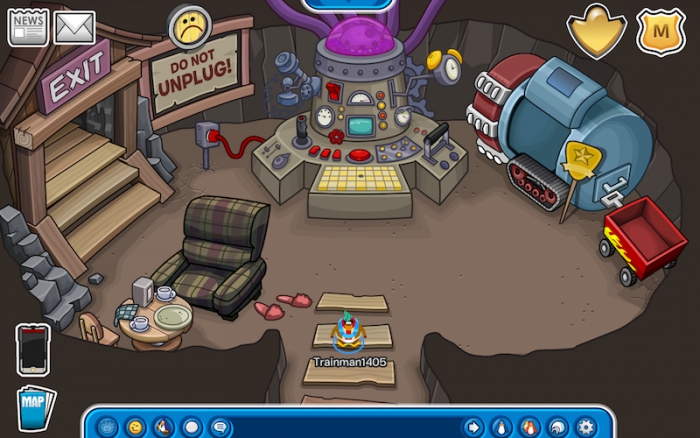 The Director will then appear saying the EPF has recovered the power source. 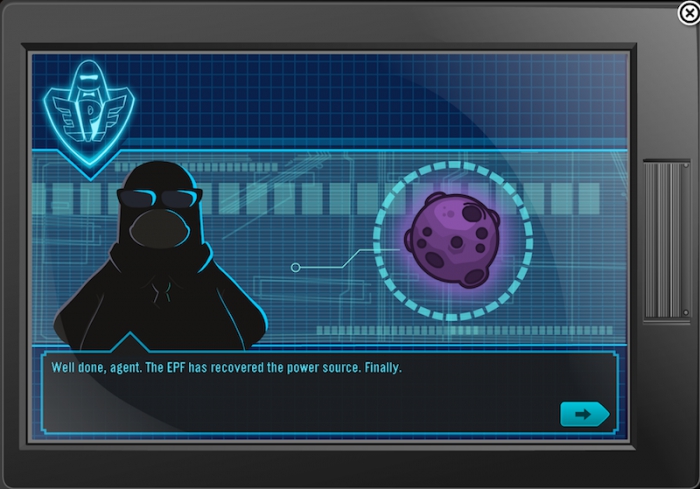 As a reward all players will receive the Power Fragment pin, plus members can also collect an extra bonus item. 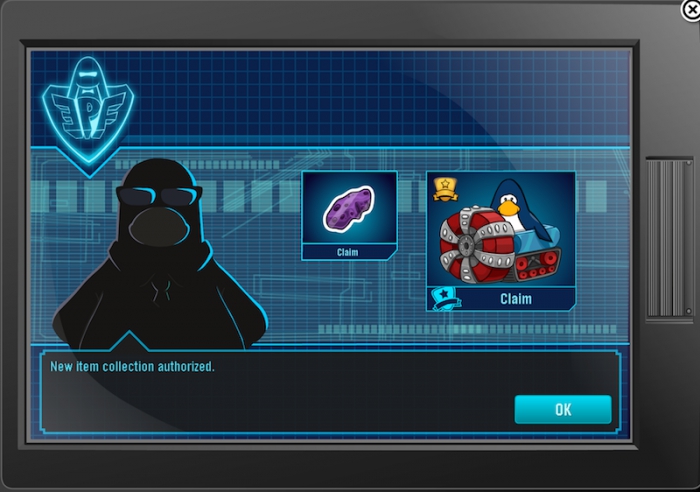 That’s all for this EPF operation!