On the 9th of November Club Penguin has only updated in 2007. That year a new pin was hidden and Rockhopper returned for another visit.

The new pin hidden on this day in 2007 was the UFO Pin, released to go along with Club Penguin’s first ever stage play, Space Adventure. This pin is Club Penguin’s 46th pin overall and is the fourth pin to be hidden at the Arcade, previously known as the Dance Lounge. 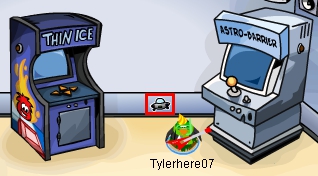 The other update in 2007 was Rockhopper arriving for another visit, his last one being two months prior in September. This was his eighth and final visit of 2007. His free item for all players was the Wingled Helmet, plus everyone could purchase the Snapshot Background for 60 coins. Members could buy the Red Pirate Dress for 450 coins and the Waves furniture item for 75 coins each. 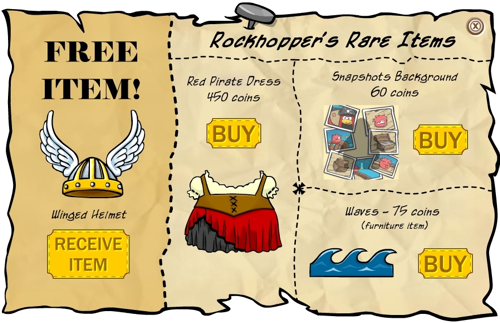