On the sixth of August there has been updates on Club Penguin in 2007 and 2010. In 2007 the fourth PSA mission was released and in 2010 that month’s Penguin Style was released.

The fourth PSA mission, now branded as an EPF Training Mission as of June 2015, is titled Avalanche Rescue. In the mission there is an avalanche at the Ski Hill and you need to rescue the four penguins who are stranded. After completing the mission you’d receive the Mission 4 Medal and also the bonus Handy Penguin Award if you completed an extra task.

On the other hand, the August 2010 Penguin Style feature expedition gear to go along with that month’s event, the Mountain Expedition. 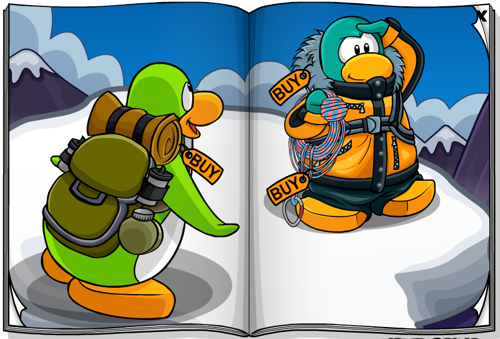