Dot’s now a meetable mascot on Club Penguin, so the team has made a video to introduce her. The video does have a few easter eggs, such a glimpses of Herbert’s shadow and the words “Operation” on a piece of paper. In addition to the video, Club Penguin has given out some meetup times for Dot, which you’ll find here.

Here’s what Deamama said in the blog post about Dot, in case you’re interested in some backstory:

For those of you who’ve been around for a while, you might know a bit about Dot. She was first introduced as Dot the Disguise Gal back in 2008 as part of the Elite Penguin Force.

Then, after the nefarious villain Herbert took out the PSA with his Popcorn Bomb in 2010, she continued to be the stealthiest rep of the EPF, creating innovative disguises (like the Klutzy disguise that helped to infiltrate Herbert’s hideout in Operation Blackout).

She’s always been an incredible disguise force, but recently she’s moved her sewing and design skills into creating civilian clothing. So we’ll be seeing more of Dot’s fashion skills, too! She’s one part stealth, one part style.

Although she unfortunately does not have a stamp to unlock when meeting her, she does have a giveaway background. This is her playercard: 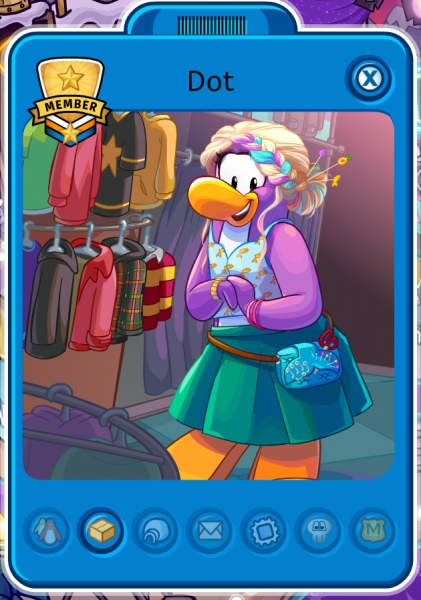 Her giveaway background is nearly identical to her playercard: 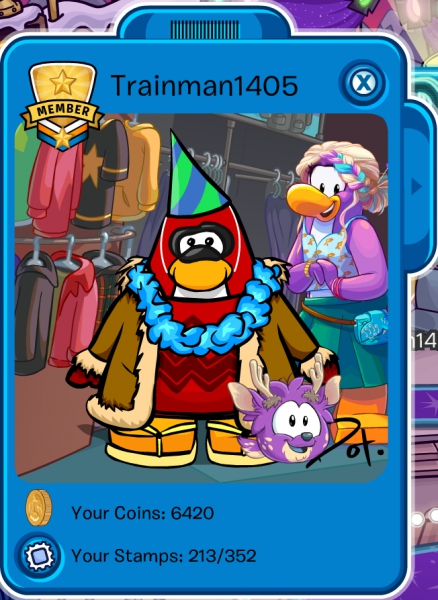 Here are all the upcoming meetup times for Dot. They are all PST, the time on the Snow Forts Clock Tower. For EST add three hours and for the UK add eight hours. I will update this post whenever Club Penguin posts now meetup times. The servers are all English servers unless otherwise stated.