On the 21st of June Club Penguin has updated in-game in 2012, plus in 2013 an update to their main mobile application was released.

On this day in 2012 there was only one update, a new field op. Some new igloo features were going to be released too, but Club Penguin had to push back that launch another few weeks. The field op was Club Penguin’s 87th one. For the mission you had to go to the Snow Forts and destroy the targets in the mini-game. 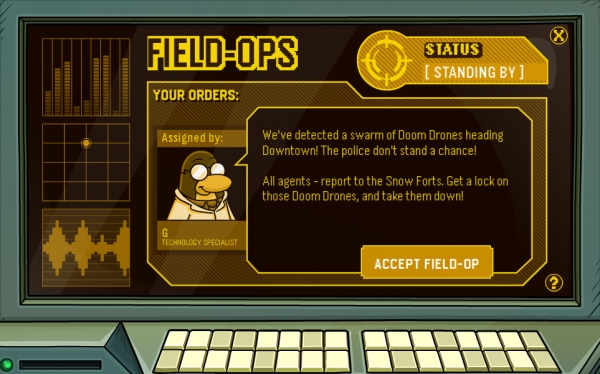 The only other year with updates on the 21st of June is 2013. The My Penguin app, now known as Club Penguin, was updated to version 1.1.1. The updated version of the application only contained bug fixes.