When Club Penguin released their SoundStudio app they accidentally revealed that the Sled Racer app was going to be updated with power-ups. It seems that that update will be coming soon, as a new slide on Club Penguin’s homepage has revealed that, and the fact that it is coming to Android. It seems there will be leaderboards for buddies, too. I say that because if you take a look in the background you will see part of the text “Leaderboard” and different coloured penguins, which means there will be some sort of scoring table. 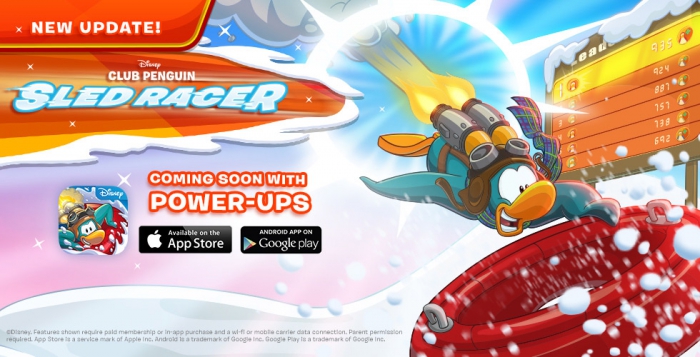 An exact date for the app update and Android app release date has not been given at this time.