Back when Club Penguin released their SoundStudio app on iOS and Android at the end of February they accidentally revealed that their Sled Racer app will be receiving an update with more features, all for members. They’ve since taken down that information and replaced it with something else.

In case you never heard, when viewing the membership page in the SoundStudio app and going to Sled Racer, it said that with membership you can “use power-ups like the Jet Pack Boost & Invinci-tube to race further”. Currently you can’t do that in the app. 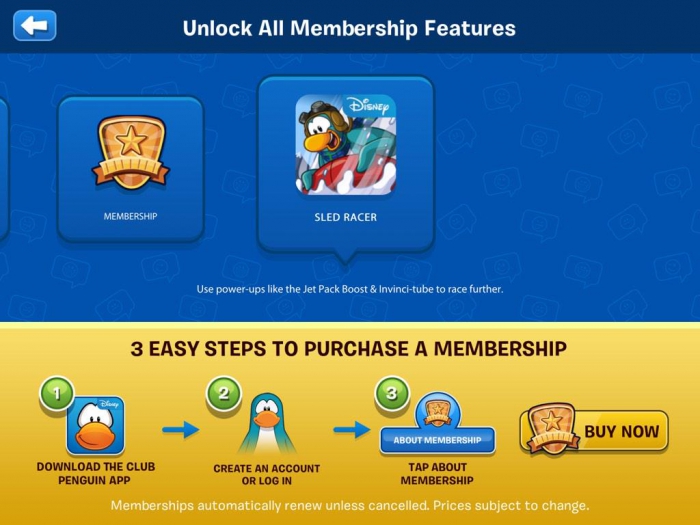 Thanks to Petros901 for the image

Club Penguin realised their mistake, however, and changed the text to “Everyone: Challenge the steep slops of Tallest Mountain.” It’s kind of funny it says everyone on a page about membership features, lol. 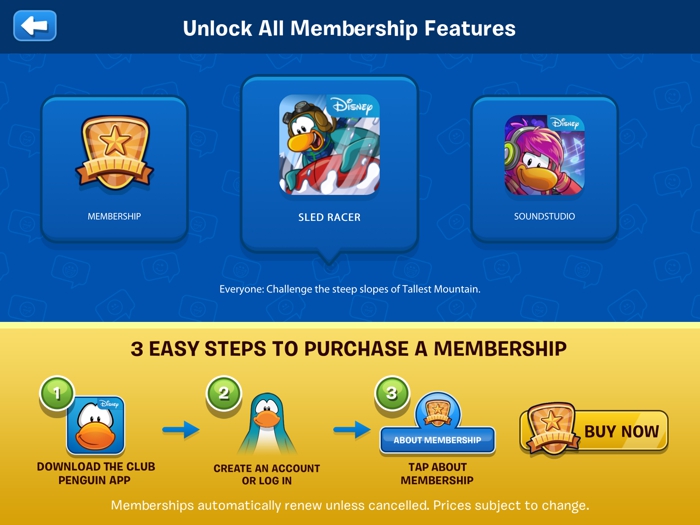 It is unknown when the Sled Racer app update for members will be released.

2 thoughts on “Club Penguin Accidentally Revealed Sled Racer Is Getting An Update, Then Retracted The Info”