As expected, Club Penguin will be holding their tenth (wow!) Halloween Party next month. Pen50gi has dug up and discovered some information about next month’s party, giving us an idea on what to expect. This post contains many spoilers, so read this at your own risk! 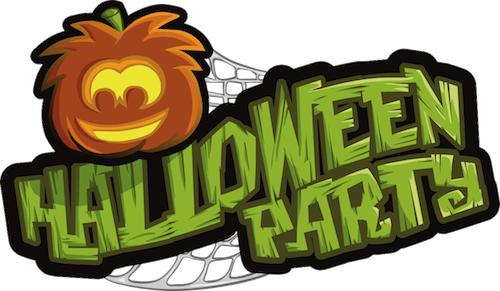 To summarise all of the information below, Gariwald has gone missing while investigating paranormal events at the Puffle Hotel. At the Puffle Hotel there will be 13 floors (or at least rooms) during the Halloween Party. All players can take part in this quest while members can also do a special Rainbow Puffle Quest. At the Halloween Party you will have to explore all 13 floors of the Puffle Hotel, solve puzzles, and assemble the ghost catcher so you can use it. Based on everything found it seems like Club Penguin is making a really epic Halloween party this year…I sure hope that’s the case.

All of the party quest sentences:

The 13 floors/rooms at the Puffle Hotel will be the following:

Now for the Rainbow Puffle Quest. Not a whole lot is known about it:

The 2014 Halloween Party has not yet been announced by Club Penguin at this time, however I am sure they will do so by the end of the first week of October. I am guessing that this year’s Halloween Party will begin on October 17th, the same date as last year. Club Penguin has their parties last two weeks so starting it on the 24th wouldn’t make much sense as Halloween is only one week later.