Club Penguin’s homepage has a new video which appears to be a commercial we’ll be seeing on television soon too! It’s a teaser for the Halloween Party. It’s really cool! You can watch it below. Unfortunately they only have a low quality version available on their website however if they upload it in HD to YouTube or I can record it off television in 720p or 1080p I will definitely update this post with the better quality video! UPDATE: Club Penguin has uploaded it in HD to their YouTube channel.

Here’s what the voice says:

Are you home to answer the door on this fright-filled night of chills and more?
Will you haunt to hunt for candy at ClubPenguin.com?

Do you see Herbert? Look by the trees on the left…he made an appearance in last year’s Halloween Party commercial too! 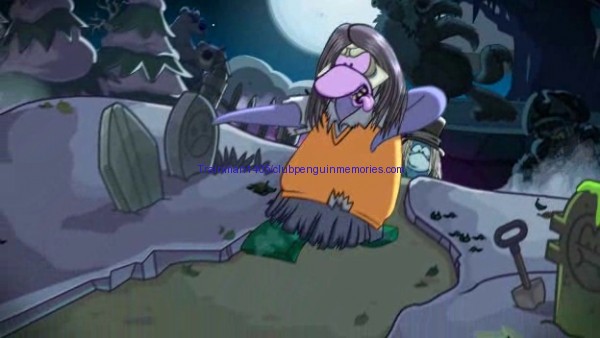 Thanks to the following people for notifying me about Herbert: Benito4512, Savanna789, Noticeclubpengu, and Phineas350.