Club Penguin has released a new newspaper, for the 18th of April! This is the sixteenth issue of 2013 and brings us to a total of 391 published newspaper issues. The main headline is this week’s newspaper is about the mysterious crystals. 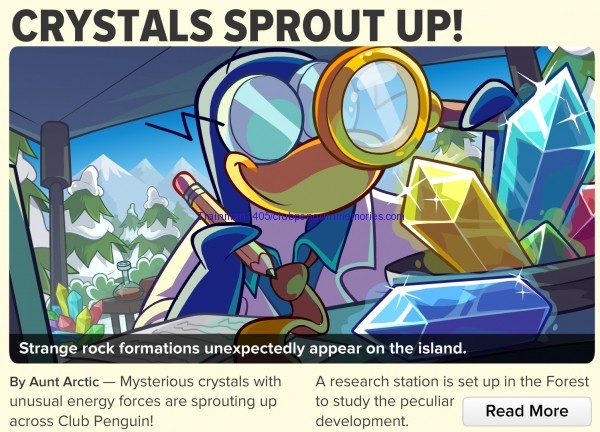 The second main article in the newspaper is about the hot sauce being recovered since the EPF wiped out Herbert. 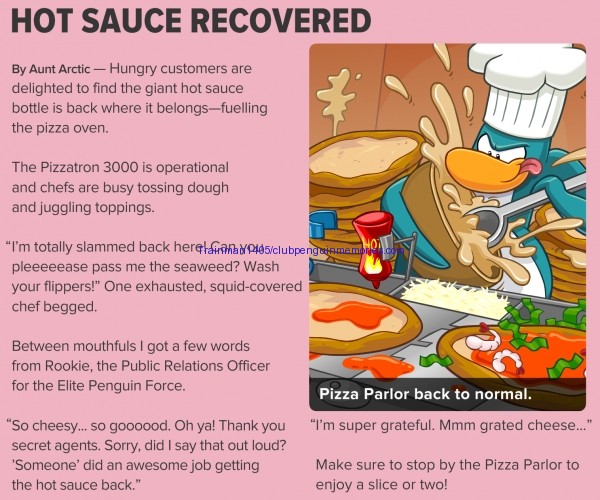 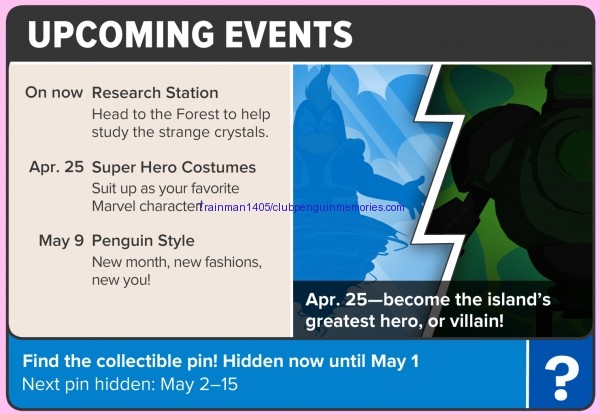 The upcoming events listed in this newspaper issue are…and also one thing I don’t get is why the new Penguin Style is coming out the second Thursday of the month rather than the first!