Attention agents! Operation Hot Sauce (and what was Fun at the Cove) is now in full swing!

Before I get to that though, let’s briefly cover the other Elite Penguin Force news. The Everyday Phoning Facility construction has been temporarily put on hold due to lack of Hot Sauce thanks to Herbert. Here’s the inside of the EPF for now:

The Ski Village is also cleaned up a bit. 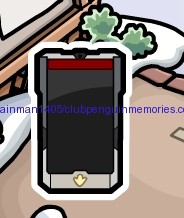 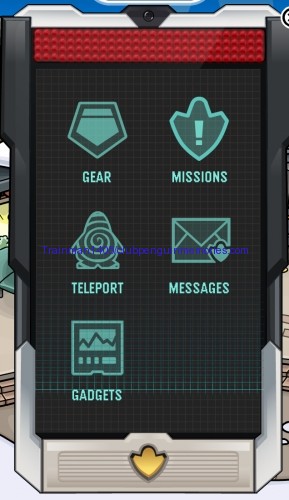 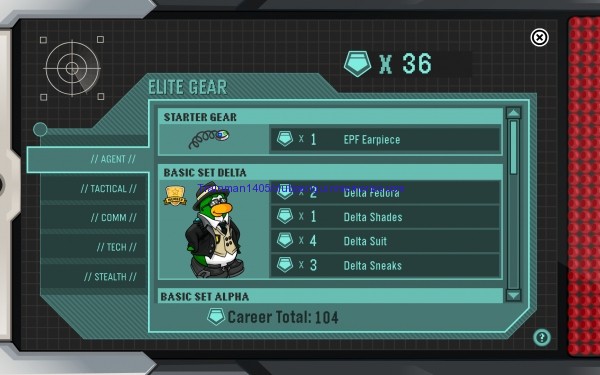 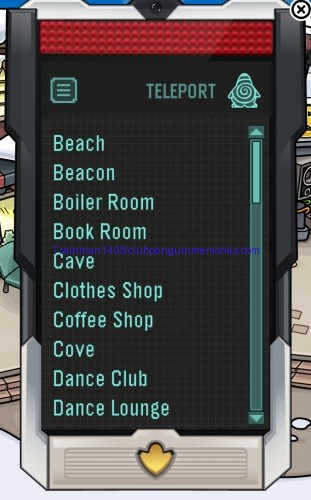 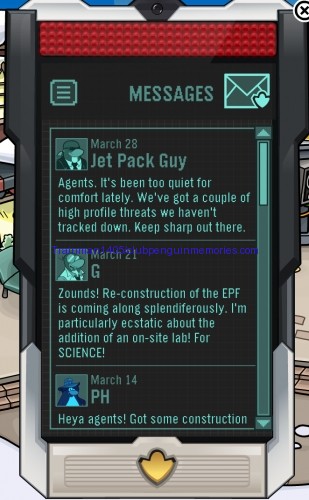 What’s new is the gadgets section. 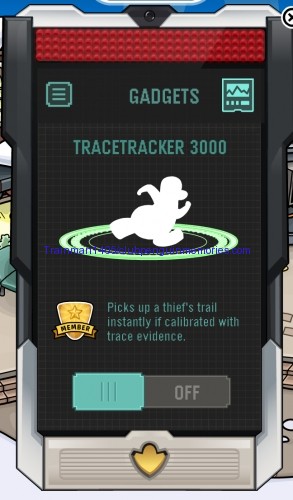 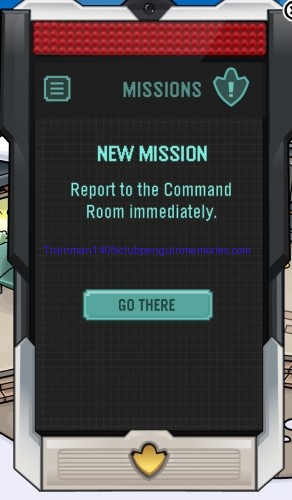 Fun at the Cove has been cancelled thanks to Herbert. The Pizza Parlour is a mess! Here is what Herbert is up to in Operation Hot Sauce. When you first log on your spy phone will ring. 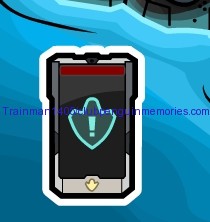 It’ll take you to the Command Room. 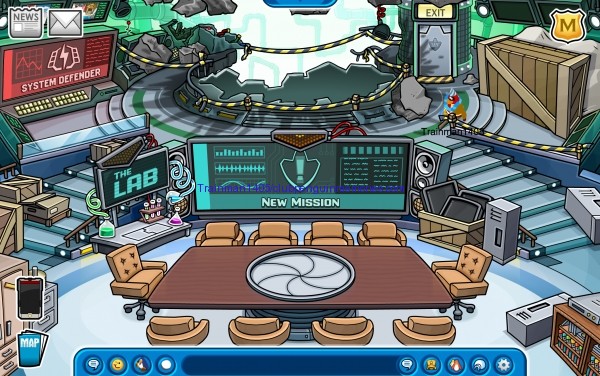 Click the screen and receive your mission briefing from the Director. 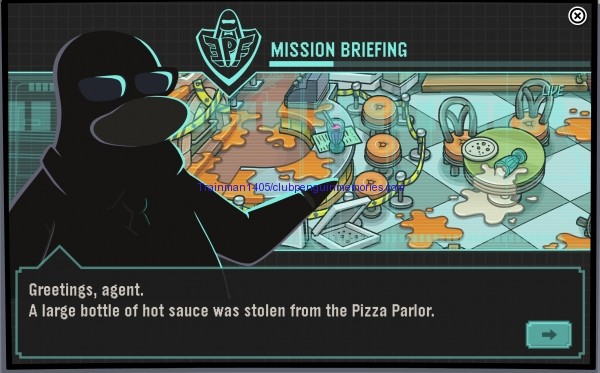 You’ll then notice an icon has been placed in the top right. It’s a briefcase for holding items, like the inventory in the old PSA missions.

Go to the Pizza Parlour. Speak to Jet Pack Guy. 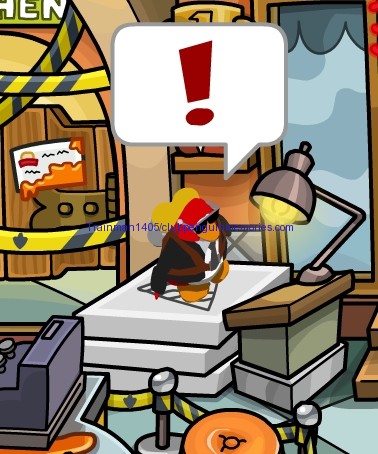 He’ll explain what’s going on and tell you to search around for evidence.

Then get the piece of fur.

Gary will then pop up on your spy phone and tell you to use the TraceTracker 3000.

NOTE: This is for members! If you are a nonmember, you’ll have to go to the command room, place the evidence in the lab, and wait six hours! Dumb! Thanks Sniffybear2! Once the six hours are up you’ll get a special calibration device in your inventory that you click on. You’ll then get the ring around your penguin and have to search the island for tracks that way…so just go to the Beach. 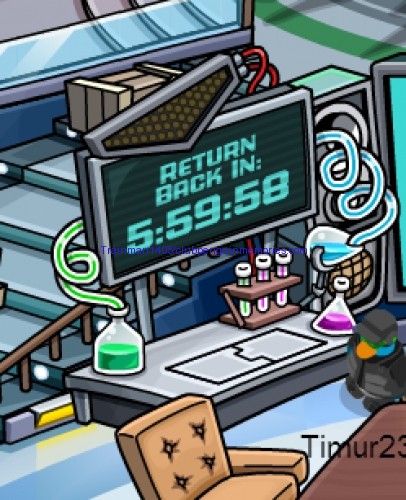 Do just that. Drag and drop Herbert’s fur and the hot sauce. 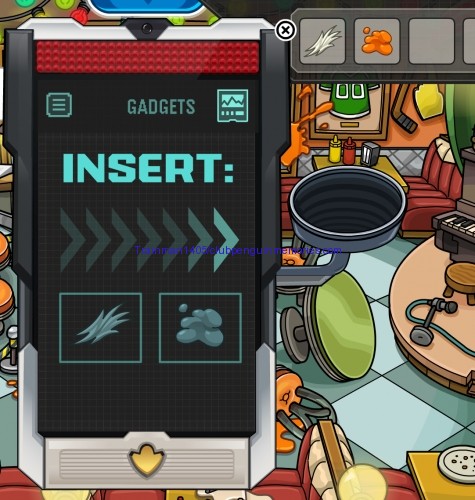 The TraceTracker 3000 will then switch to on. 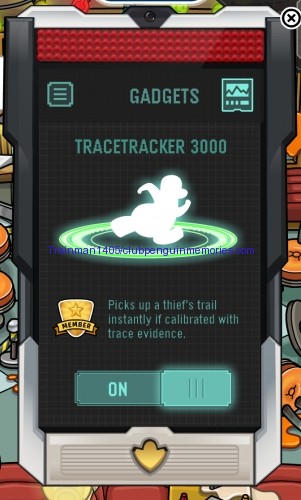 You’ll then see Herbert and Klutzy’s footprints as you waddle around. They’re green. Waddle around the room and follow them. 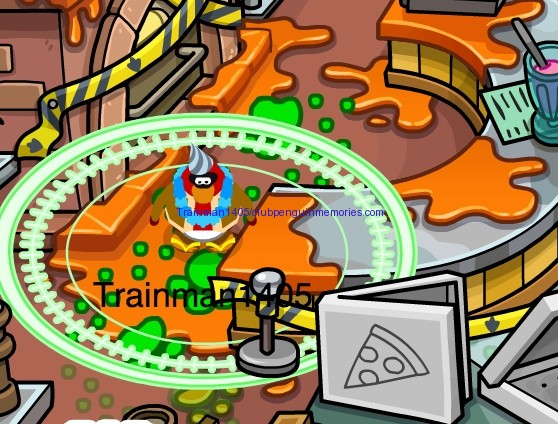 They take you out of the Pizza Parlour. 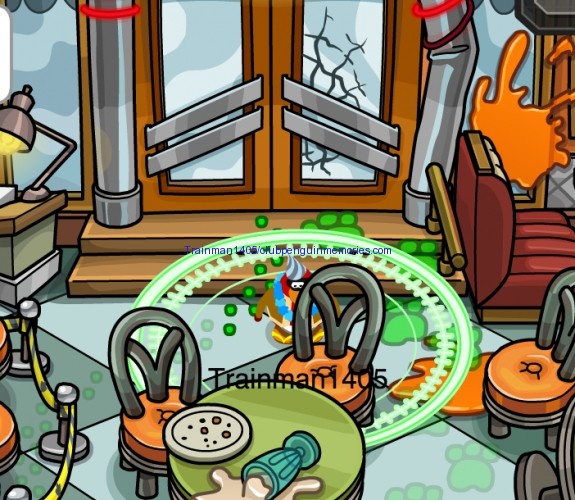 From the Pizza Parlour you go to the Plaza, Snow Forts, Town, Dock, and finally the Beach. A secret trap door will then appear. 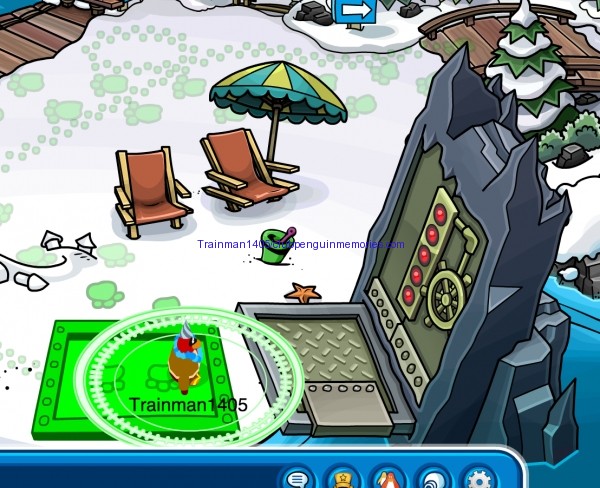 In order to get in, keep clicking your spy phone to get in. 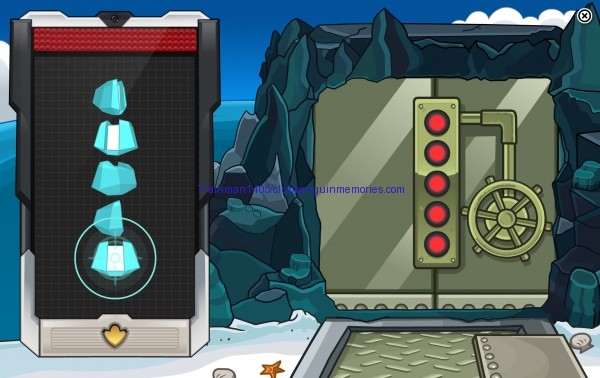 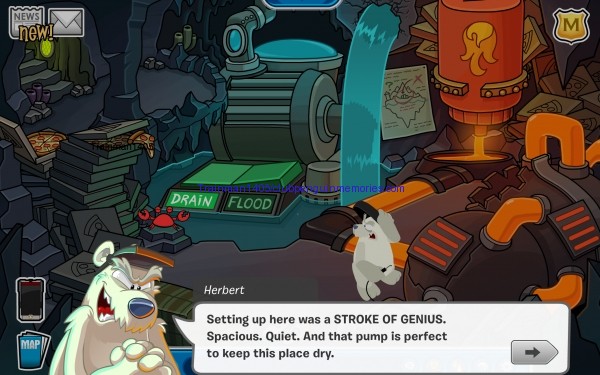 Isn’t Klutzy cute when upset? :P To defeat Herbert, click on the pizza and throw it onto the flood button. Klutzy will chase after it and flick the switch. 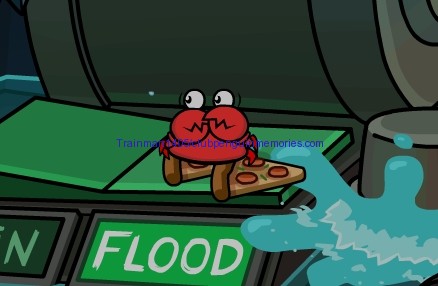 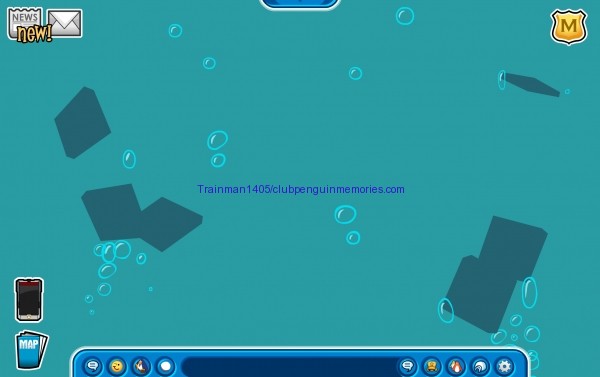 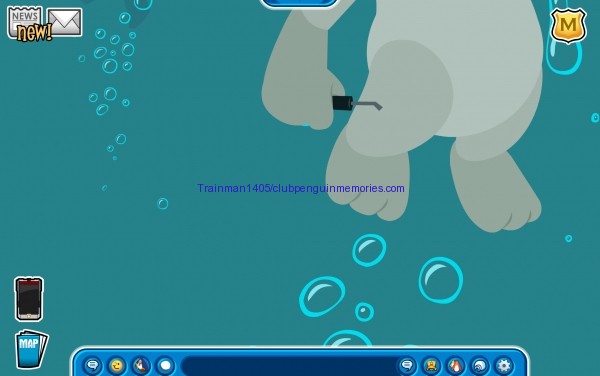 After that you’ll wind up at the Cove. Fun at the Cove is back in session!

You’ll then speak to the Director.

As a reward you’ll get 5 medals and the Operation Hot Sauce Background. 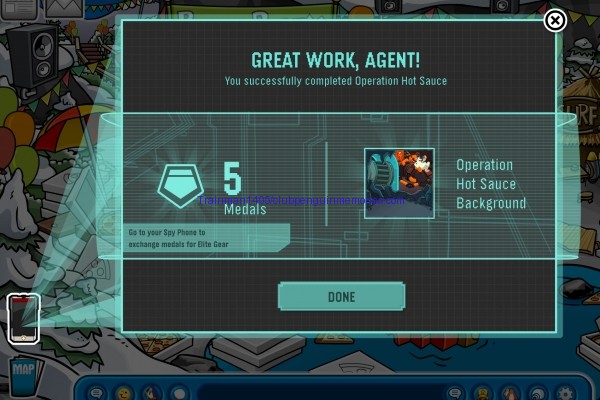 Enjoy Fun at the Cove! 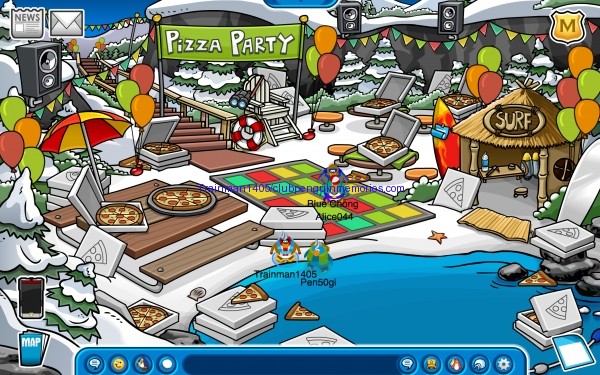 Look at the Binoculars and you’ll see Herbert and Klutzy as well as some leftover pizza. 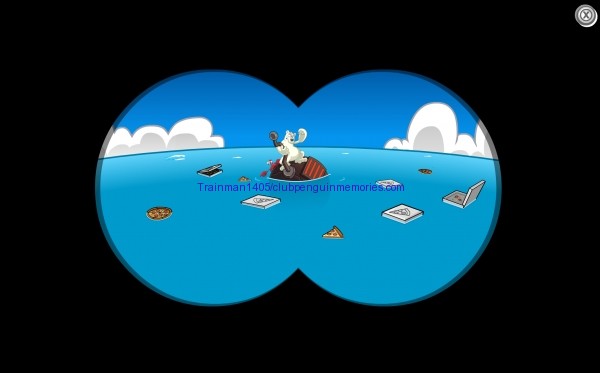 You can replay the mission at any time. You still get medals, so stock up!

Here is a video tutorial:

That’s it for Operation Hot Sauce! How do you like it? I like this mission style a lot, even more than Operation Blackout. The style reminds me of the old PSA missions where you go room to room looking for evidence. I just wish it was a bit longer and more challenging, because it’s not hard to complete this on your own in about 5 minutes. I just dislike the nonmember waiting time. That’s completely dumb…