On the 20th of March in 2009 there were several big updates! Starting small though, the igloo music was updated. The furniture and igloo catalogues were also updated with of course, new items. The theme that month was dining! 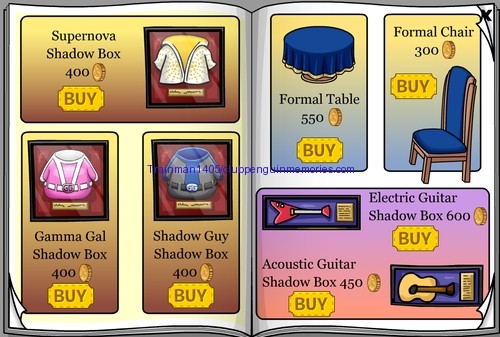 The big updates on the 20th of March in 2009 were the Snow Sculpture Showcase and the first ever Penguin Play Awards. The Snow Sculpture Showcase was an event similar to the 2007 Festival of Snow, but rather than being a party across the island, penguins could submit drawings and Club Penguin’s artists turned some of them into real snow sculptures around the island. Five were added every week for three weeks, totalling fifteen different sculptures.

As for the Penguin Play Awards, penguins could dress up as stars and vote for the nominated Stage Plays. Aunt Arctic, Gary, and Cadence were online during it, too.