Club Penguin has released a new newspaper, for the 22nd of November. This is the forty eighth issue of 2012 and brings us to a total of 370 published newspaper issues.

The main headline is this week’s newspaper is about the blackout continuing. 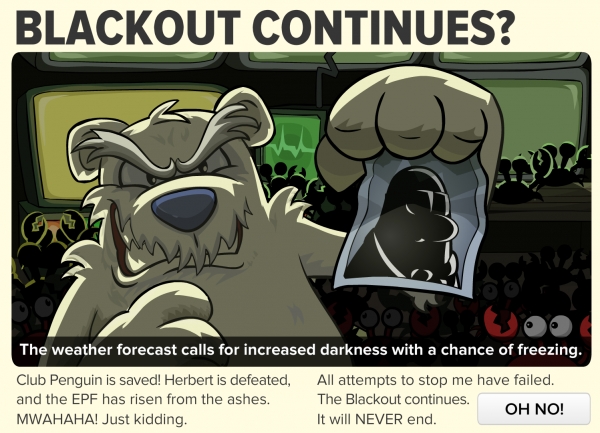 Click the crabs on the right in front of the screen for a secret message. 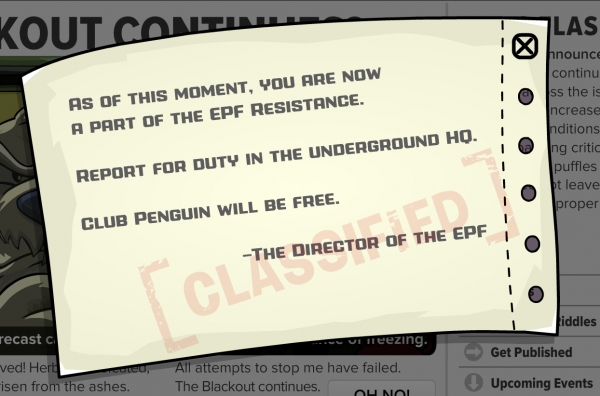 As of this moment, you are now a part of the EPF Resistance.

Report for duty in the Underground HQ.

Club penguin will be free.

-The Director of the EPF

The second article in this newspaper is more rules for Club Herbert. 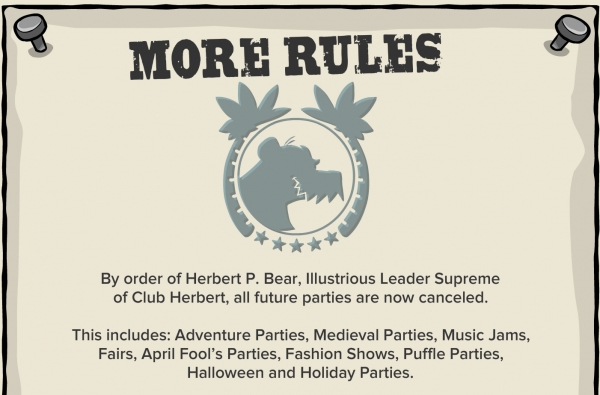 There are the upcoming events: 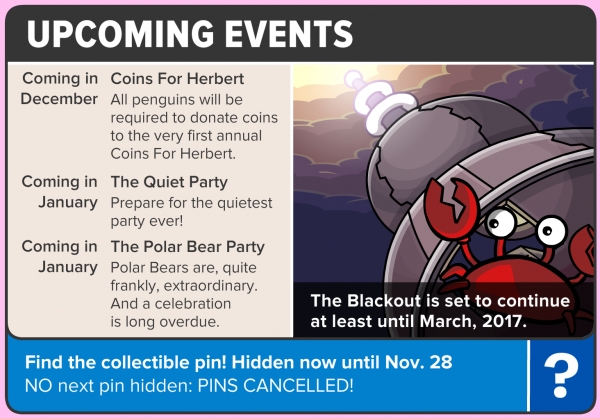