The eleventh Club Penguin Magazine issue has been released in stores in the United Kingdom! In fact, my friend Pengumile has got it a day early! With the magazine you can unlock the Delux Tux, Crimson Shades, and an item from the treasure book. Bloxxerman also gave me some extra information. 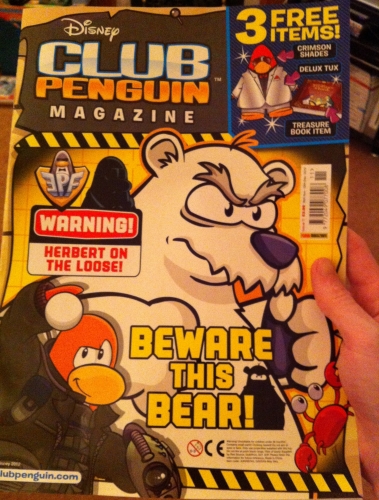 It comes with this toy that launches a foam rocket: 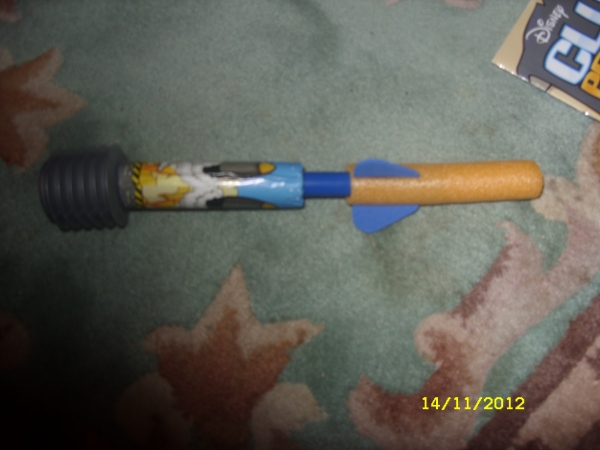 The table of contents in this issue is:

Operation Blackout information! Herbert says these outfits are now banned. Anyone seen wearing them will be frozen. 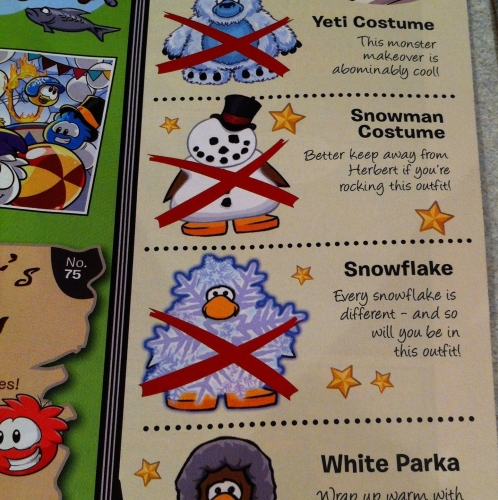 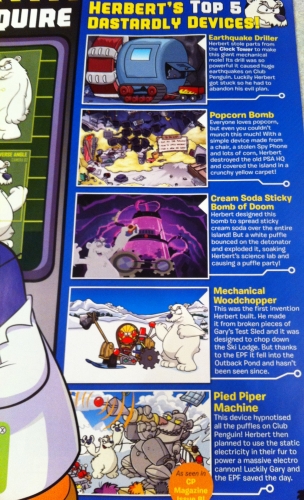 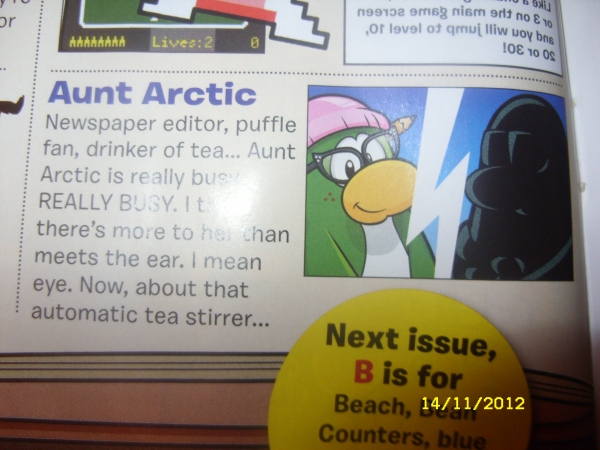 An interview with Daffodaily5 from the UK Club Penguin Team. 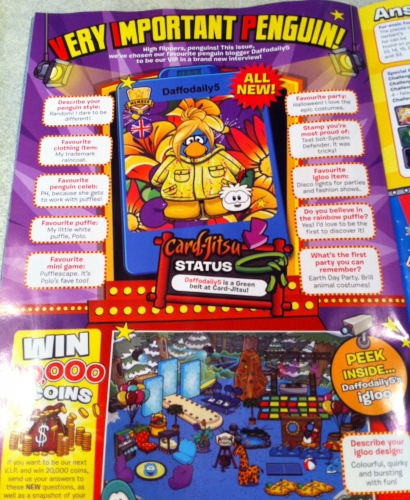 The Puffle Planet page has something interesting from PH:

Today I followed some puffle tracks into a dark cave. When I switched on my torch… strewth! It lit up a huge painting on the cave wall. It looked a bit like a multi-coloured puffle! The painting was very old. Could this be a clue that rainbow puffles once existed?

Perapin, a friend of mine, is features on the Flipperazzi page. 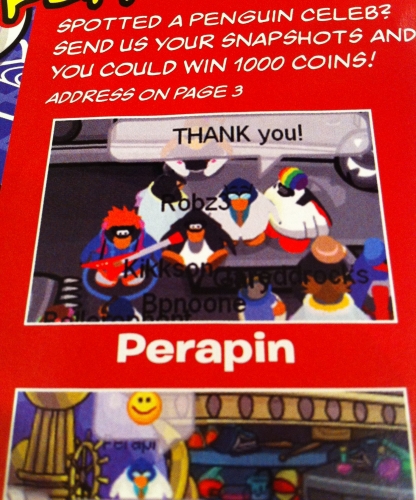 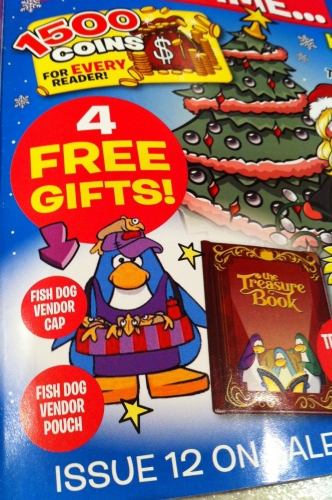 It says for next issue: 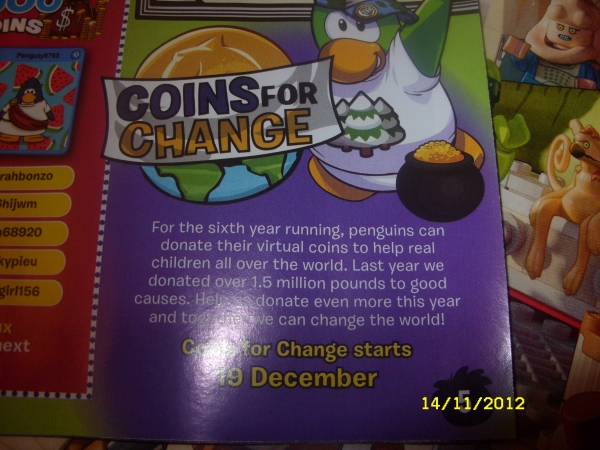