Starting with the 2008 Halloween Party, it was similar ot the previous one in 2007. There were the same decorations (for the most part) and even a scavenger hunt again, however instead of the Halloween Scarf being the prize like it was in 2007, the prize was a background. Night of the Living Sled 2 made its first appearance at this party. 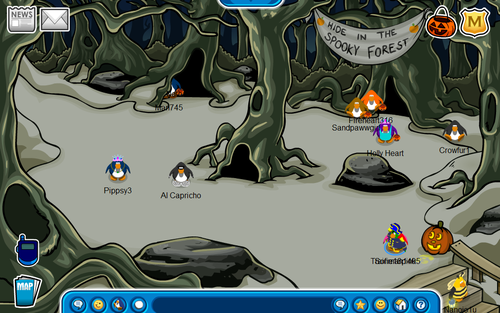 As for the 2010 Halloween Party, it was Club Penguin’s 6th Halloween Party and once again there was a scavenger hunt. You had to find eight pieces of candy around the island for a prize. Members could access the Haunted House and Dark Chamber rooms. Gary waddled around the island at this party and those who met him could obtain the new background he was giving out. 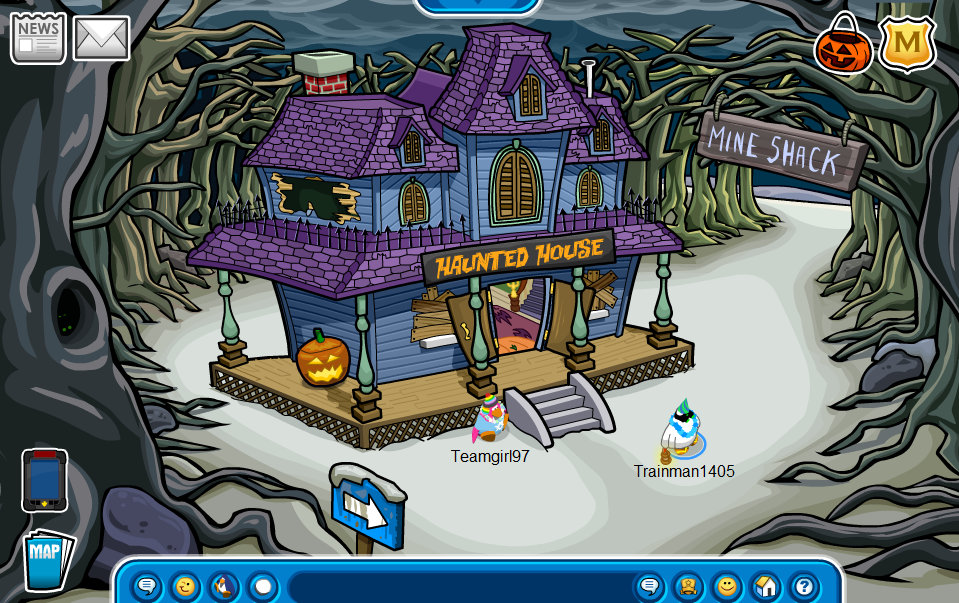