We first knew the party was official for this year when Club Penguin released this log off screen last month. A login screen saying you can become a ghost and hunt for ghosts was added a few weeks later. 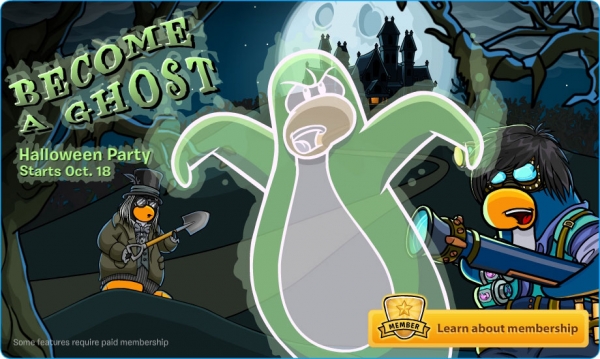 Then there was the commercial on Cartoon Network, Disney, and Nickelodeon saying you can become a ghost and hunt ghosts at the Halloween Party. This commercial was later followed by a second commercial.
http://www.youtube.com/watch?v=JhAi5jrnNpU
Room wise, here are sneak peeks: 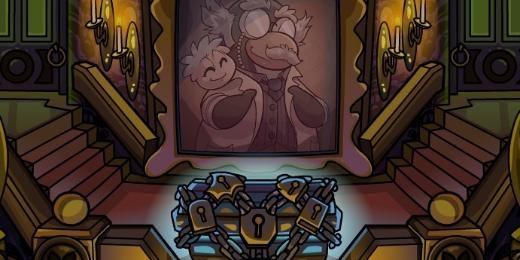 Combine them and you get this: 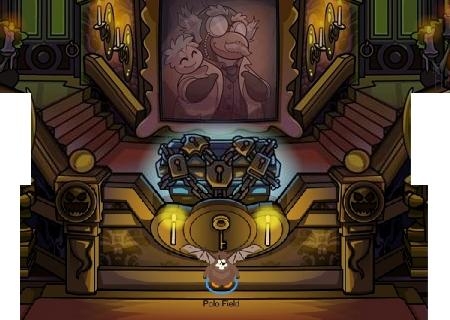 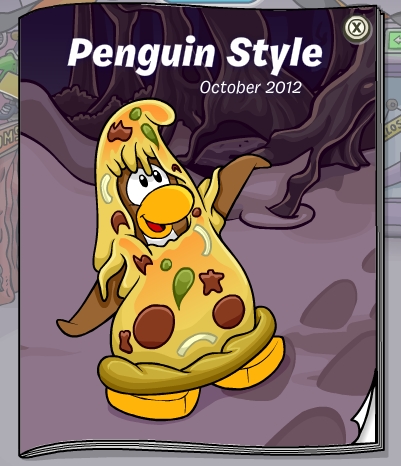 (behind the catalogue you see decorations) 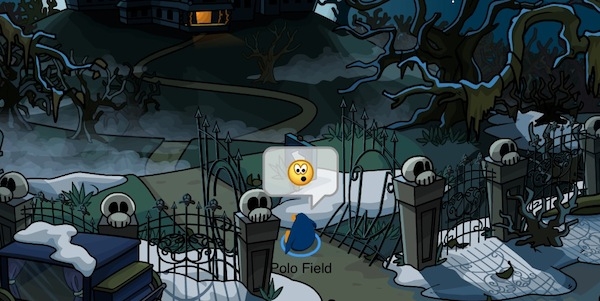 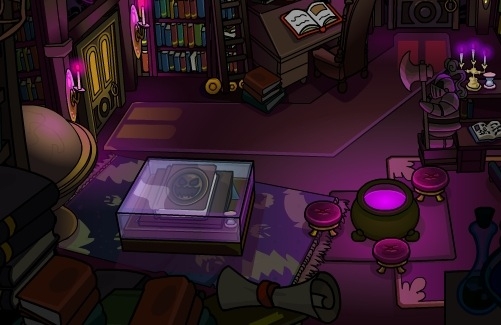 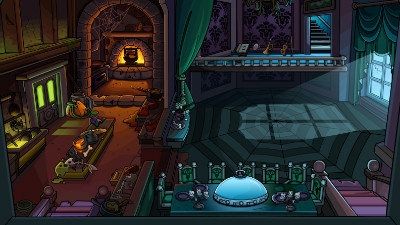 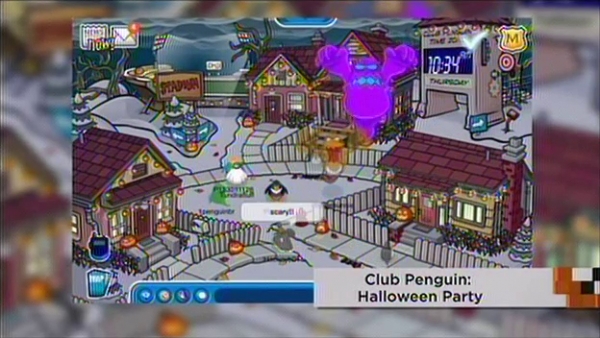 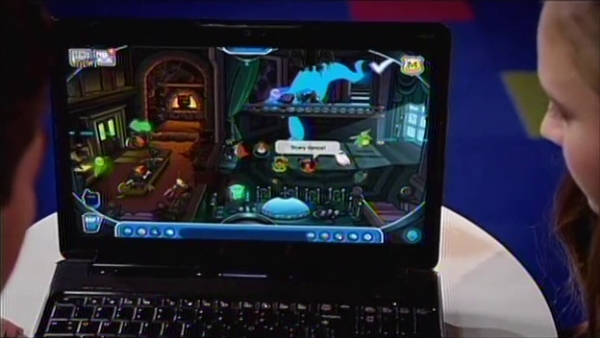 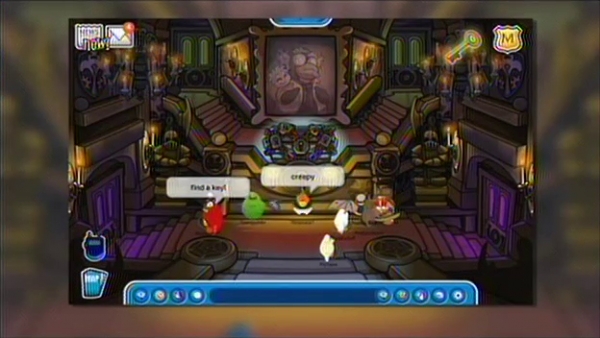 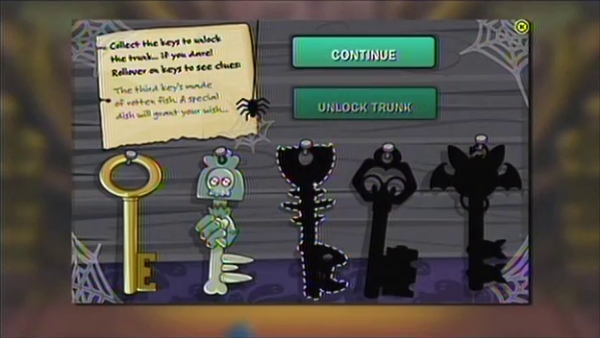 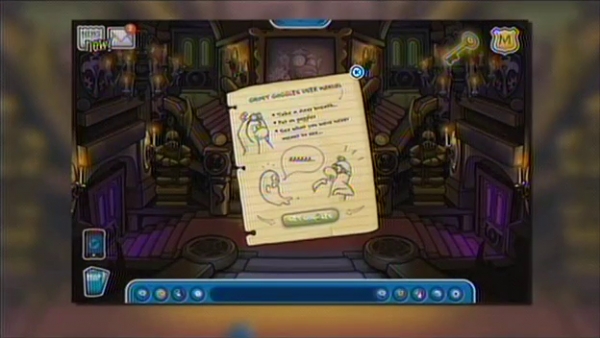 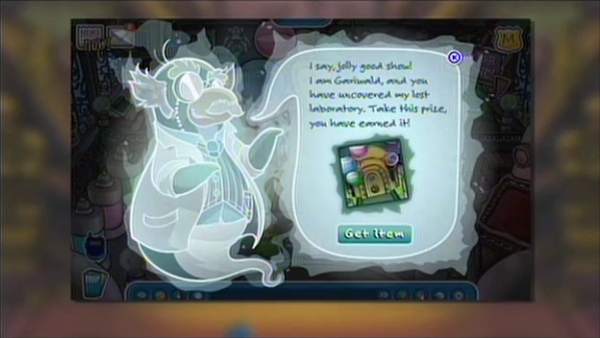 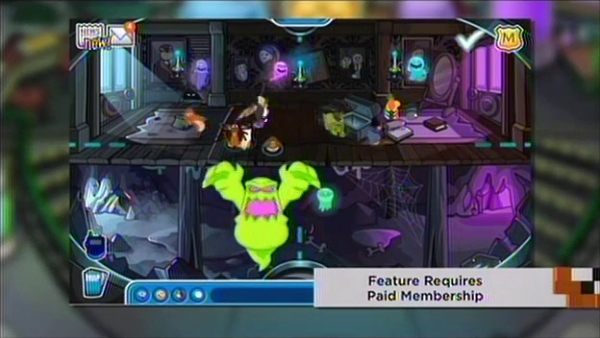 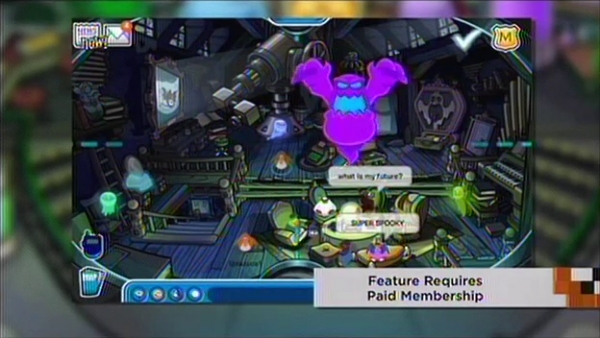 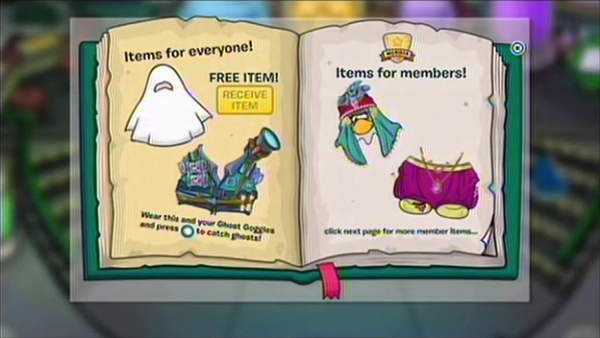 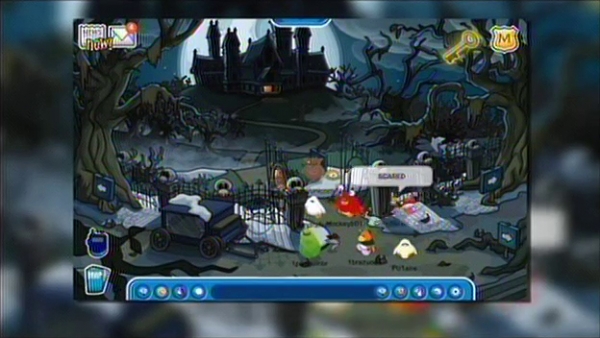 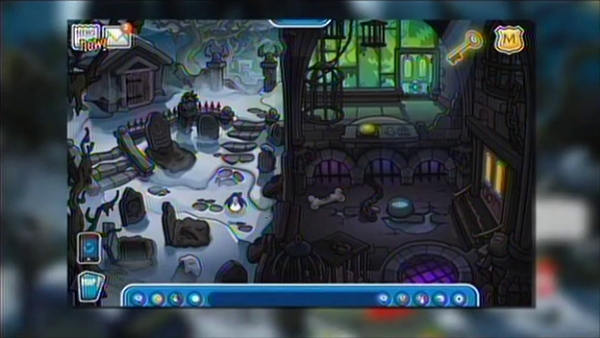 As for party information, the Haunted Mansion (a building for the party) has nine rooms filled with similar sights seen at the Haunted Mansion at Disney parks. This is the first time theme-park content has been incorporated into Club Penguin. The mansion has a ballroom complete with feasting table and floating instruments. You can also interact with a fortune teller in the Attic. There is also a horseless hearse in the Forest, inspired by one at a Disneyland park. There will be Maid and Butler costumes, probably for members.

Do you dare? During Club Penguin’s Halloween Party, everyone can hunt for ghosts and members can become ghosts and haunt the island!

Dress up in brand new creepy costumes, trick-or-treat with friends, and enter the haunted mansion. Inside, explore and collect five spooky keys that unlock Ghost Goggles and light the way to a secret Ghost Lab.

Both members and non-members can find a special ghost-hunting suit! Plus, paid members can step into the Ghostamatron machine to become ghosts!

At the party the Haunted House will have a Scavenger Hunt where you need to find five keys, with one of them being the Puffle Bat Key. Once you find the keys you can unlock the chest for the Ghost Goggles, which unlocks a pathway to the Ghost Lab – where I think Gary’s great uncle, Gariwald, is. At the Ghost Lab you will be able to buy the Ghost Hunting Outfit. Members can turn into ghosts but everyone, both nonmembers and members, can hunt ghosts. The catalogue for this party contains items such as the Ghost Costume and Mystic Costume.

Here is the second Club Penguin Halloween Party 2012 commercial, which can be found on Disney Channel. 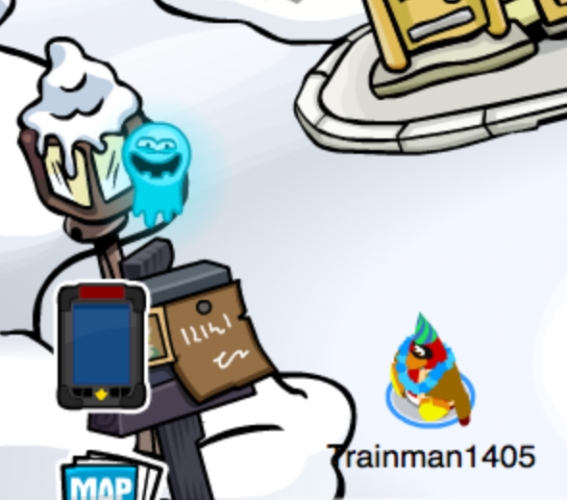 Pinkano445 took Club Penguin’s video and made mockups of two of the party rooms which I figured I would share: 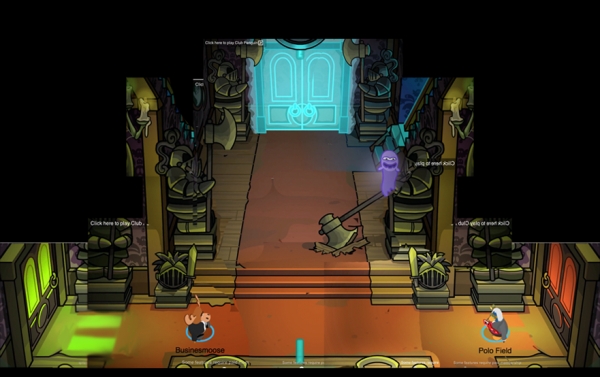 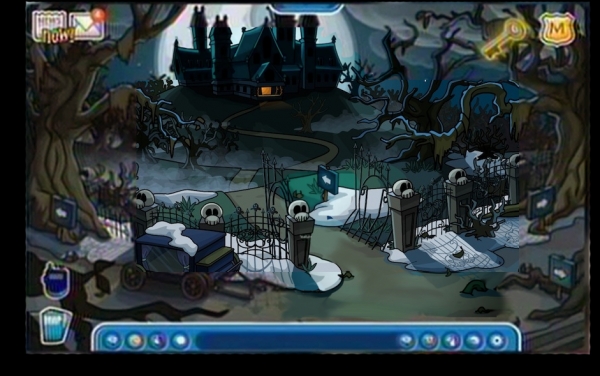 Finishing up, Gary will be at the party with a new background. His prewritten chat messages (see this post) point to a Future Dome, Time Trekker, and a new Puffle. None of this has been confirmed, however it is listed in Club Penguin’s files.

This party will most likely start around 9:00 PM PST on October 17th and end on November 1st when Club Penguin does their weekly updates. I’m thrilled for this party to start. Are you excited?